The essay discusses the political legitimation of the Constitutional Court. The analysis concerns both the functional activity and institutional activity (which is extra-functional) of the Court. In the fulfillment of both activities one can observe a systemic tendency to trespass the constitutional borders of legitimation of the Court. Within the functional activity, the essay examines some illustrative cases dealing with: the gradual replacement of provisions on constitutional adjudication procedure (concerning access, effects, and type of decision); the alteration of the relationship between the domestic and European legal system (with particular concern with the binding nature of the Charter of Fundamental Rights of the European Union); the use of the notion of redundancy in conflicts between State and regions, which has shifted the focus of these judgments from territorial interests to values; the transformation of the reasonableness principle in application of growingly loose forms of proportionality analysis. With regard to the institutional activity of the Court, the essay analyses the acts and behavior of the Court within the digital society, where the importance of political communication is increasing also for judges. In particular the essay observes how, in some recent episodes, the Court's communication (press releases, videos and social networks) has been directed at building support with the public opinion as instrumental to the legitimation of the role of the Court within the Italian form of government in a general context of crisis of institutions and the political party system. The core argument of the essay is that the fulfillment of a political function by the Constitutional Court, though not a novel phenomenon, requires a renewed critical stance on the part of legal scholarship. This is due to the fact that the political activity of the Court, while shared with properly executive bodies, lacks the safeguard and limitations to which the latter are subject to. 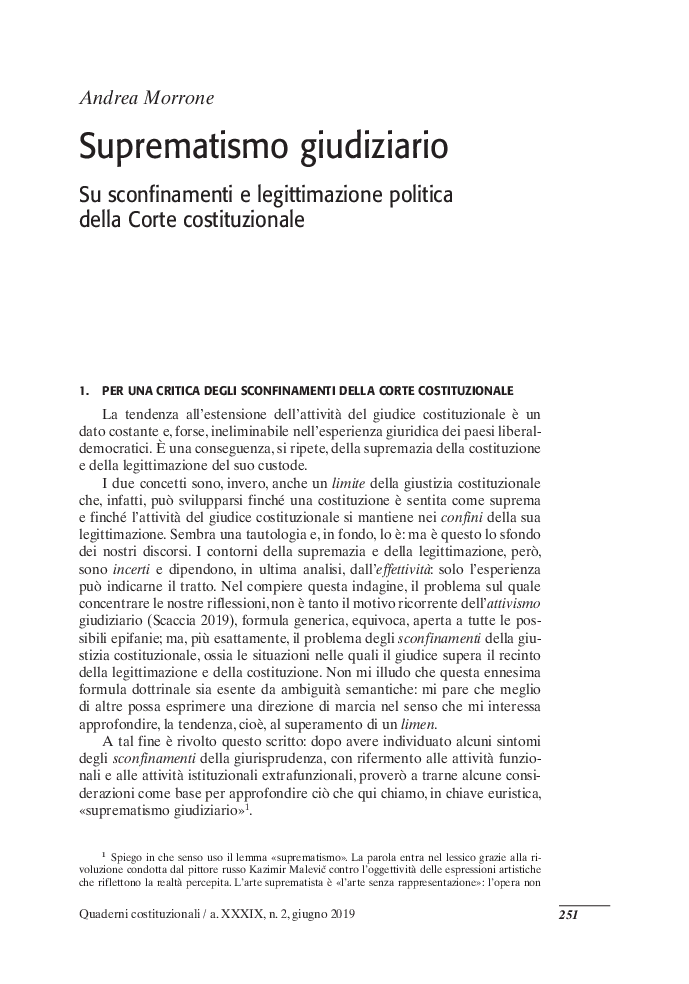