The theme of the relationship between farm land and land use has remained, for a long time, in the background, although, historically, the “freeµ territory around the city has proven to be the most vulnerable and unstable space, the one most affected by the transformation processes with a weak resistance to change. The acquired awareness of this complexity is a recent phenomenon, linked to the evolution of both regional and state legislation. That relationship is then complicated by the fact that the farm land has its own specific peculiarity, due to its connotation, increasingly plural with the passage of time. The farm land is, in fact, a non-urbanized green space, an open area with reserve functions for future building expansions, a productive area instrumental to agricultural activity, a constitutive asset of the so-called rural and/or agricultural landscape, an eco-system system capable of providing environmental benefits in a broad sense. And these different characters coexist in the same good, conditioning each other. In this context, the paper examines in particular (i) the different seasons of the juridical discipline of the farm land: from hunting reserve of urban expansion to the affirmation of the link between soil and agricultural production, to the progressive qualification of farm land as a multifunctional asset to achieve harmonization of the complexity of the agricultural territory and its sectoral disciplines according to the prudent and rational use of a scarce resource; (ii) the territorial component of the common agricultural policy and the enhancement of the multifunctionality of the soilgood; (iii) the use of farm land in the decisions of the administrative judge. 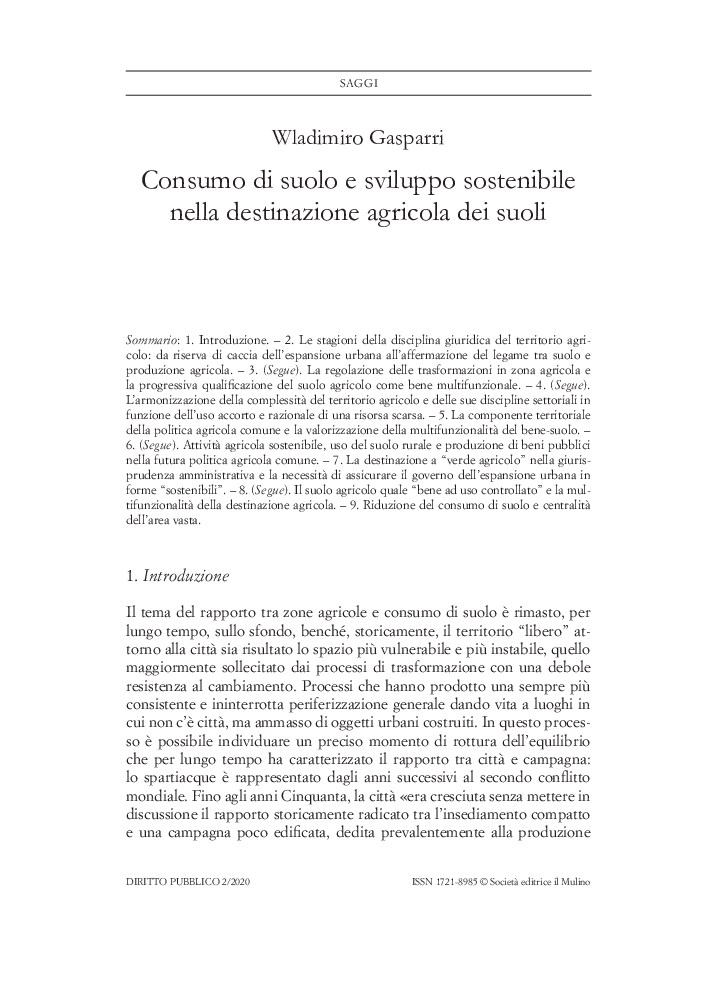