While being a key-concept on which the international law of refugees is based, the exact scope of application of the principle of non-refoulement and the precise individuation of all the obligations descending from it are still debated. The principle is stretched between two opposite tendencies. On the one side, as the expression of a fundamental humanitarian value, extensive interpretations are flourished; on the other side, as a limitation to the State’s sovereign power to control immigration, restrictive interpretations have been proposed. This paper suggests that the EU common policy on asylum is exposed to the same tension. It accordingly outlines those aspects of the EU policy that can be considered as expansions of the protection afforded by international law, and those aspects that can be considered as restrictive interpretative practices, gaps, or ambiguities. 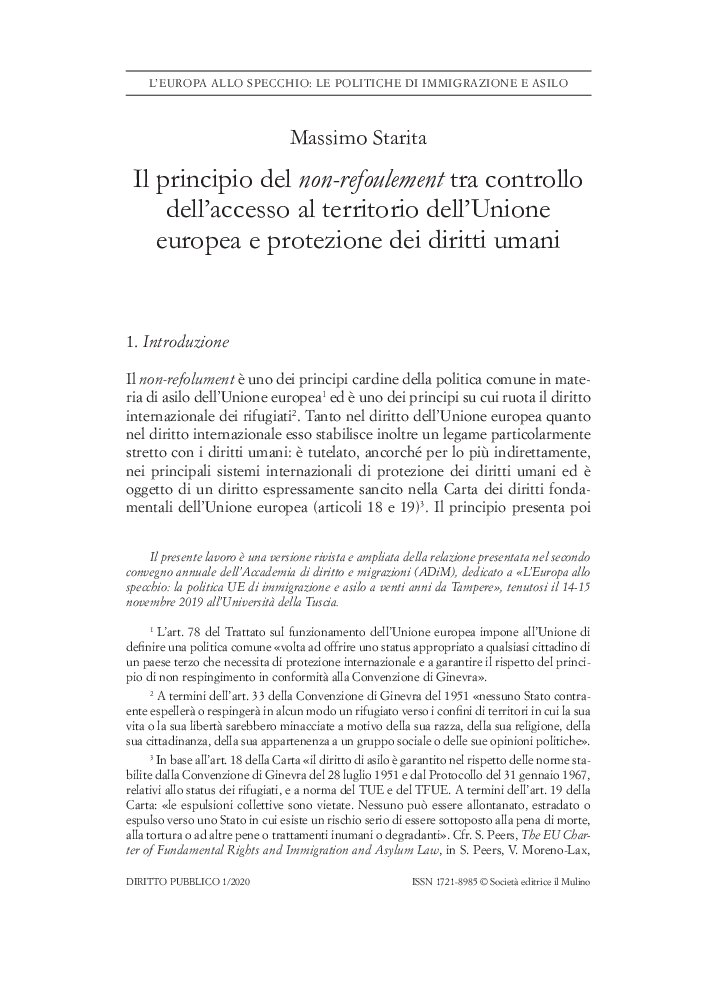