There is a rich and growing body of literature dealing with the economic and monetary union, in particular with the stability, to which this article contributes. It argues, first, that the legal framework set out by the Treaties is coherent with the principles laid down by the Italian constitution; second, that the action of EU institutions has put too much emphasis on stabilization of public finances and national authorities have neglected investments, which are necessary for economic and social development and for the cohesion of the EU. 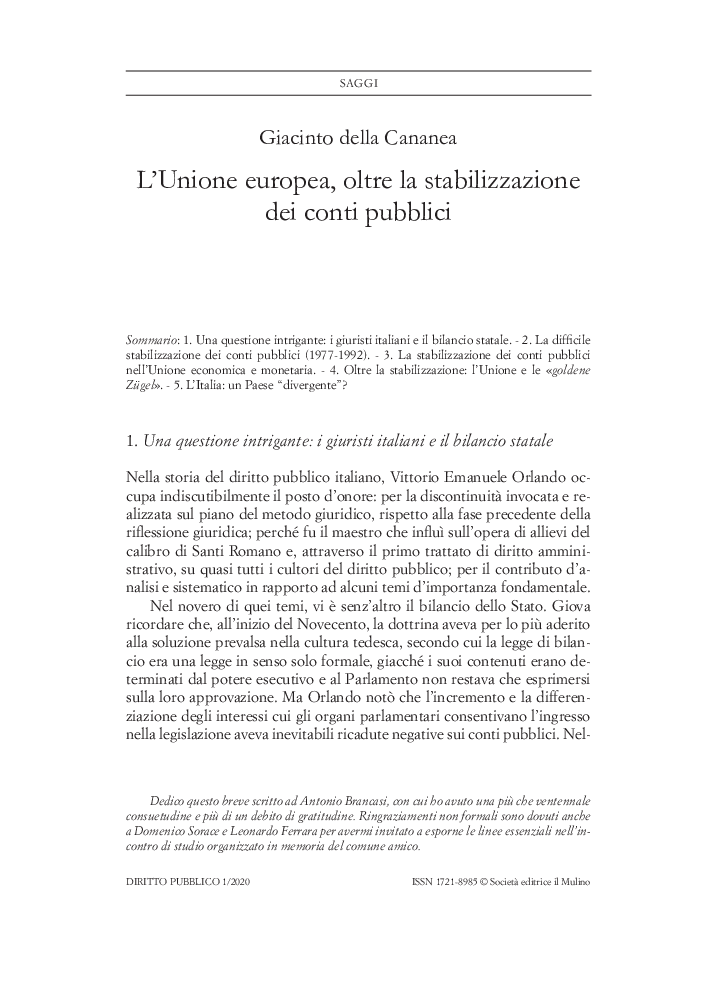