In the administrative process, the right to appeal is usually foreshadowed as effective ownership of the subjective situation activated. It seems, however, that this conception may function properly only (and perhaps not necessarily) in a system of protection centered on the constitutive action of annulment, while it is not equally satisfying in a system characterized by a plurality of actions that can be performed. In this perspective, the work is aimed at verifying the possibility of understanding the right to appeal as a mere affirmation of the ownership of a subjective juridical situation, similarly to what happens in the civil trial. A definitive adaptation of the institute, in particular, should be considered imposed by the progressive shifting of the subject of the judgment from the act to the relationship (or to the subjective situations in hypothesis prejudiced by administrative powers) and by the awareness of a more articulated configuration of legitimate interest in comparison, on the one hand, with subjective right and, on the other, with interests, such as the over-individual ones, which are problematic to identify. 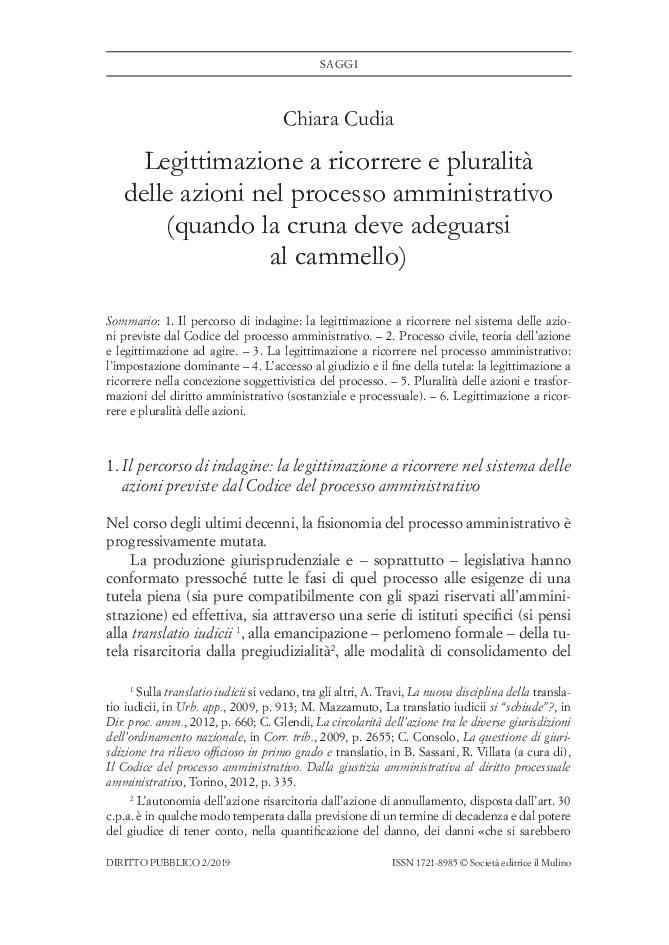