A sleepy giant, often unaware of its potential, but also a harnessed giant, recipient of rules that reduce its capacity: this is how the Italian administration presents itself, faced with the challenges of big data government. The essay analyzes the problems of public digitalisation and tries to reflect on the reasons that have led to an increasingly evident delay in the implementation of the Italian digitalization strategies. Problems related to the lack of adequate skills, the governance of digitization processes, but also problems arising from the regulatory regime of public sector information (just think of the rules on the re-use of public data, or those on the regime of personal data and non-personal data). While the provision of digital services, inspired by an eGovernment model developed many years ago, still has gaps but is under construction (on the basis of the "digital first" principle that inspires the most recent regulations), the Italian administration does not seems able to adequately deal with the opportunities that may arise from the use of the data it has. 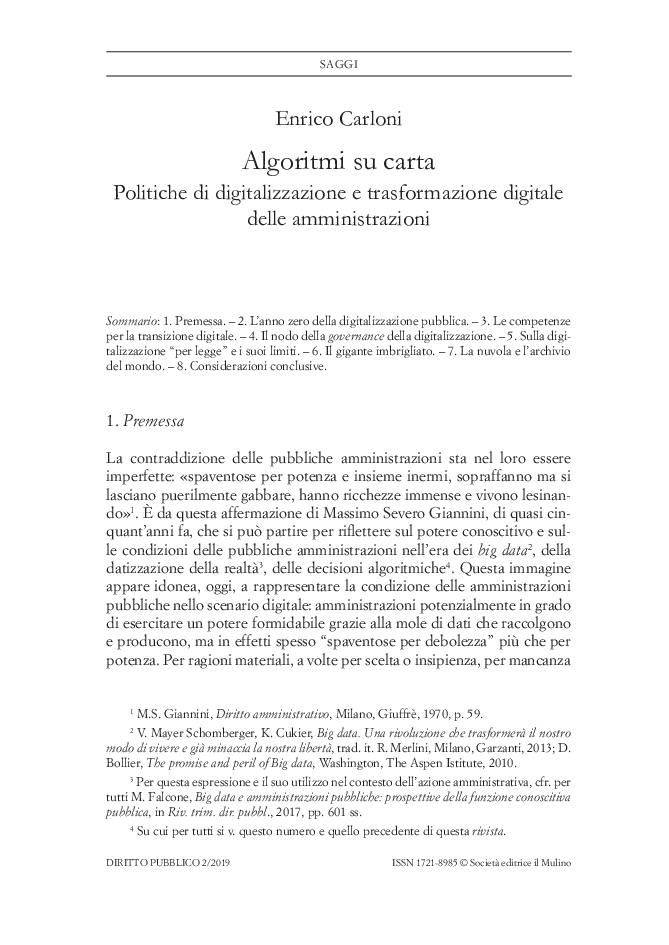