With regard to the radio and television broadcasting industry, it is observed that, in recent years, the ideological clash between the supporters of the free enterprise approach based on the use of general rules on competition, and the backers of the regulatory approach, centred on the imposition of limits based on special law to the liberty of businesses, has registered a clear prevalence of the former over the latter. Nevertheless, the television industry cannot be likened to any other entrepreneurial activity, for reasons that are economic and socio-cultural. Certain products of this sector are not of an economic nature, such as plurality of information, diversity of opinion and sense of national identity. For this reason, it is unreasonable to think that the radio and television market is able to furnish goods such as those just mentioned: not because it functions badly or includes some failures, but simply because for the television market these non-economic objectives do not exist. In this ambit, therefore, the central point is not represented by the failures of the market, but rather by the successes of the market, which is to say what it is legitimate to expect from this system of relations. Given this condition as a starting point, the choice of entrusting the functioning of the television sector to a legislation that solely protects the correct course of competition is evidently unsatisfactory. This does not mean that, in order to safeguard the public interest, lawmakers must necessarily adopt solutions of a paternalistic nature and make hierarchical, rigid rules of an old-style public law mould, which would interfere in an intolerable way with constitutionally-protected freedoms of expression or economic initiative. The experience of other systems in fact reveals the existence of other remedies, less intrusive but equally effective, which can be instituted by a democratic regulator. 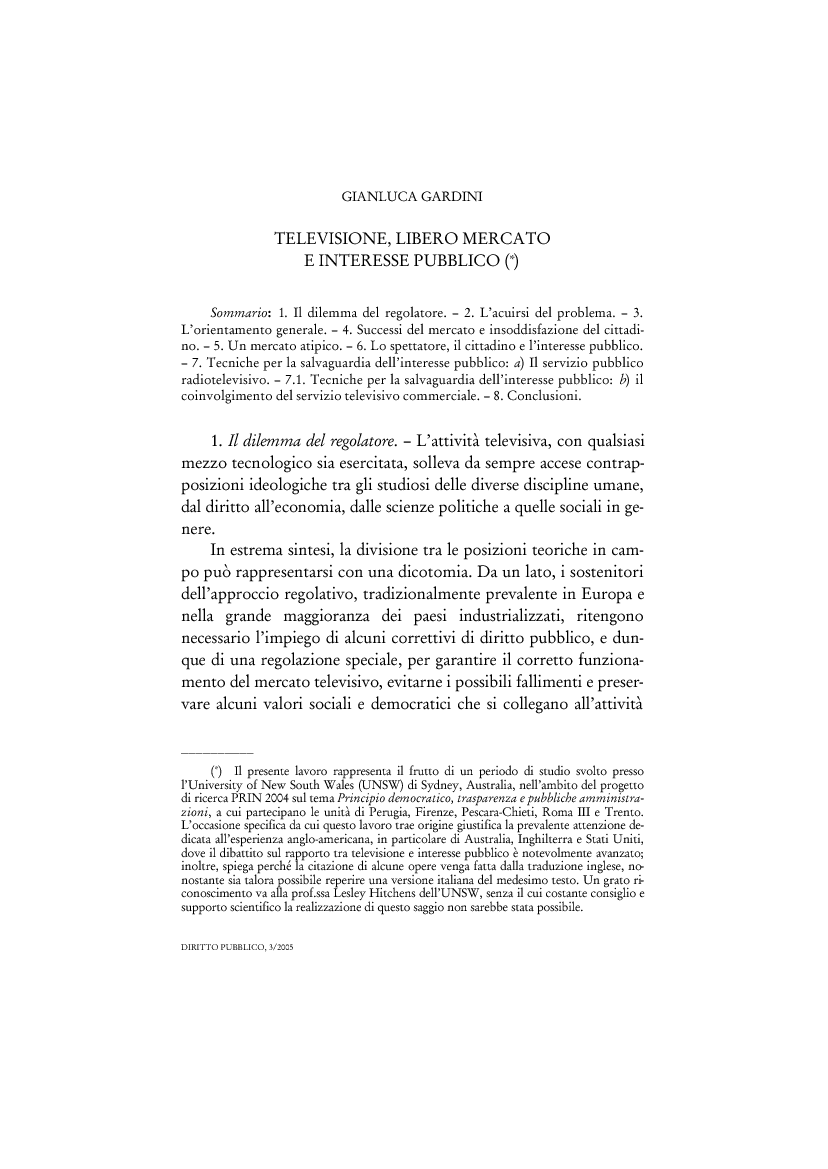