The writing sets out to study the crisis of the principle of legality according to a survey approach that aims at identifying and cataloguing, through an inventory of public law discipline, the most significant critical facts involving the system of sources, attempting to make clear the problematic gist of these facts and the way in which they clash with the principle of legality. The writing, taking as its starting point a critical awareness of the need for an accepted stipulative meaning of 'principle of legality' able to underline the prescriptive nature of the rules pertaining to the production of legal standards as such, as well as to express the obligatory nature of "all" of the sources in relation to such production, conducts a survey meant to illustrate the 'cases' which, according to public law discipline, involve this clash and the argumentation that underlies this judgement, taking up the question of the real significance of the many alleged violations of the principle of legality, which is to say whether they constitute an example of thoughtlessness and inexactness, are formed by 'difficult cases,' represent a new and strategic datum with respect to the traditional descriptive models of the system of sources, or constitute a harmful act to juridical situations or values protected by the system. Next examined, in a concise but well-organised catalogue, are the principal problematic cases that concern the law and acts having the force of law, de-legislation, normative simplification and reorganisation, consolidation acts, the normative activity of the Government, and the normative production of the independent administrative Authorities. 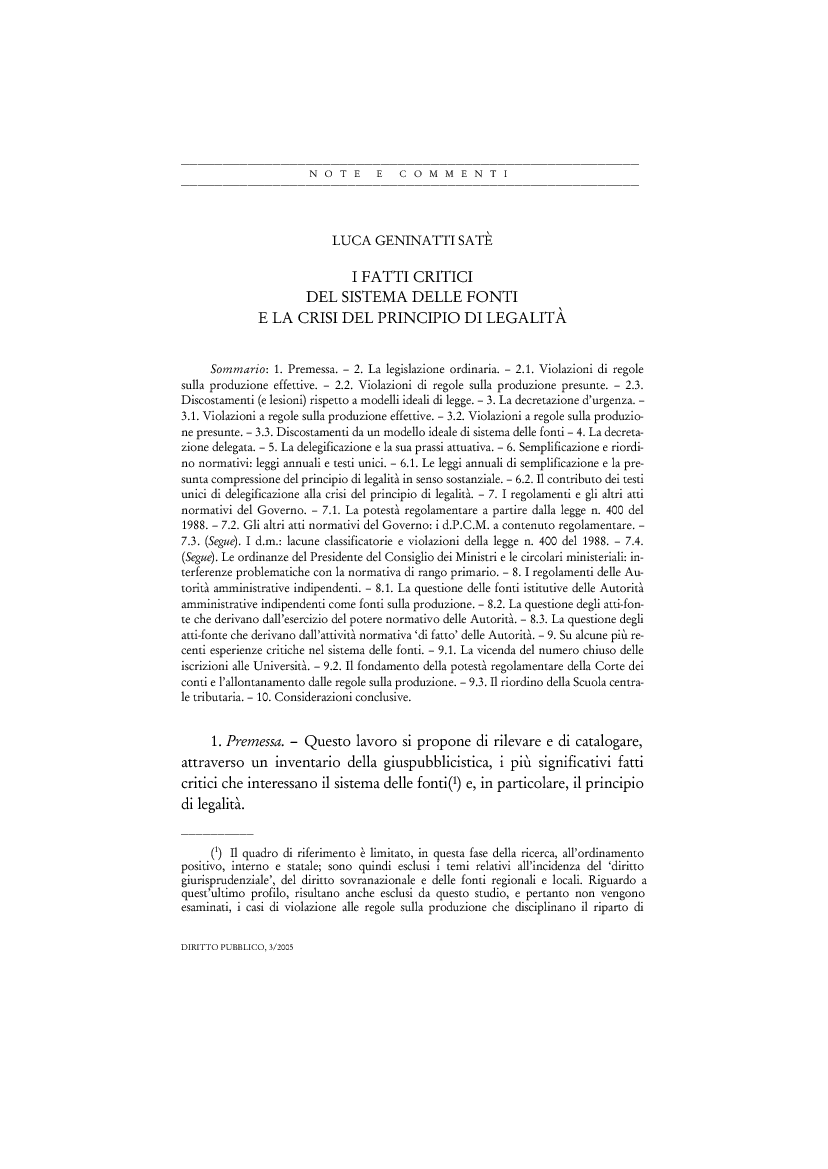