The essay deals with the very recent law which allows the Govern to reform civil proceedings. The attention is focused on the provisions which pertain to the introductory phase of the civil trial and precisely on those which govern the amendments to pleadings. According to the new law, the amendments are allowed only before the hearing, and this is what the Author shows his concern in respect to: there could be the risk to weaken the role of the oral argument before the judge, just sacrificed nowadays by the higher demands of reasonable duration of the process which however are not satisfied at all by the current legislation. Moreover, the Reform threatens to stiffen the system too much, preventing the plaintiff from amending his original claim upon showing the case to the court, while both other European legal systems and the European Model Rules of Civil Procedure, as elaborated in 2020, allow it. 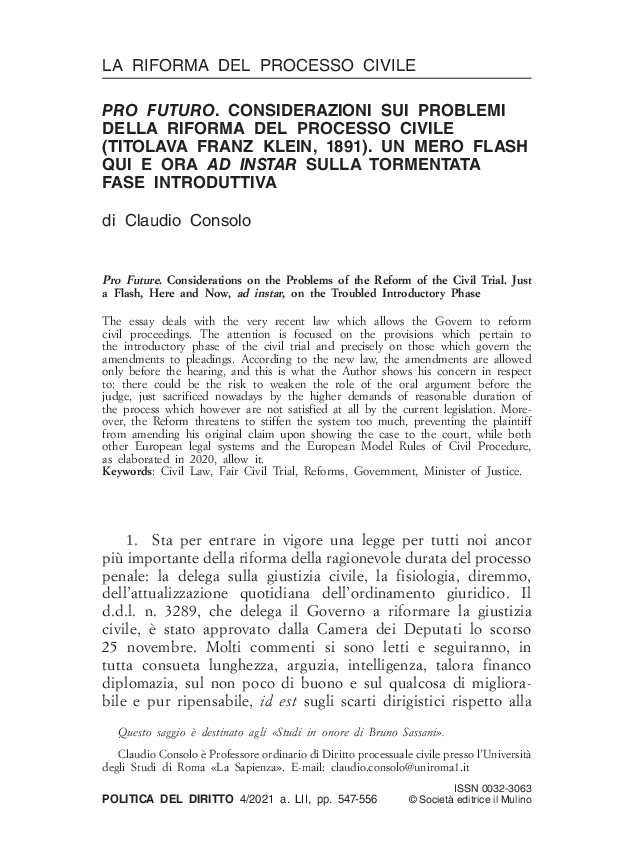