The idea of owning a person as thing is not only the product of deplorable social events or a mere philosophical exhibition: it has managed also to impose itself as a rational necessity, to the point of establishing a peculiar link with the modern concepts of humanity, personality and freedom. Kant's philosophy is the main witness to this, having demonstrated the rationality of that image according to logical-transcendental checks, so convincing that they catalyzed upon it the attention of many representatives of legal and philosophical world in the nineteenth-century, even outside of real Kantianism. This paper intends to shed light on some important effects of that complex intellectual phenomenon, which manifests itself, significantly, at a time when the concepts of domestic community, civil community and State undergo decisive transformations. Maybe, just the Kantian idea of a person as thing made a valuable contribution to them. 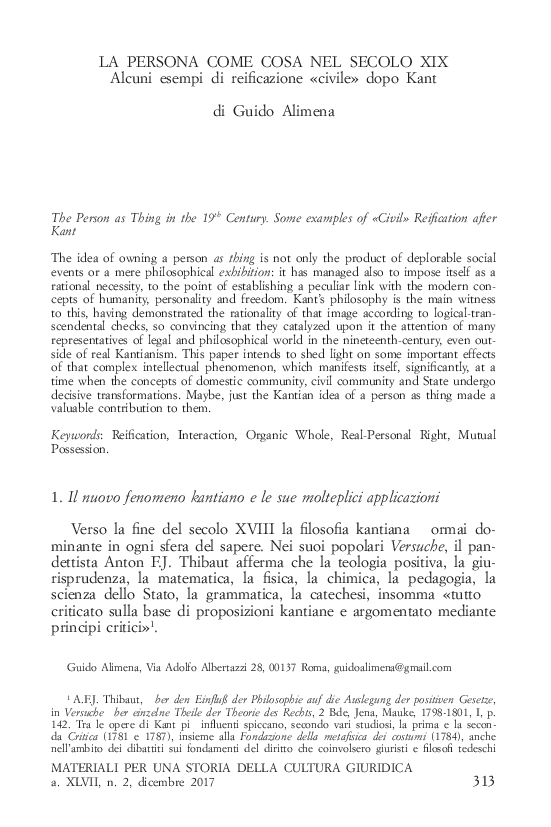