The historical experience of the well-known measures, issued by the great minister Bernardo Tanucci, by which the Neapolitan magistrates were bound to justify their decisions, is the starting point of this essay. It deals with the problem of the logical and political connection between the unaccountability of lawyers and legal operators and the difficulties faced by a society in effectively organising itself so that both efficient services and behaviours and acceptable levels of democracy, pluralism, and participation in politics could be guaranteed. This essay offers a critical interpretation of the legal phenomenon understood as ontology of universals, as an ontologism that gives rise to a proper tyranny of the legal and political apparatus. In such a context (which is firstly mental and psychological, and secondly political and socio-institutional), the motivation of judicial decisions represents both a challenging attitude towards the "Divinitas" of the "Scientia Juris" and a frontal attack to lawyers as a social class. Both in the early modern world and in our contemporary world, we must, therefore, think and create the essence of judicial power in a radically new way, compatible with juridical democracy and the general principle of accountability. 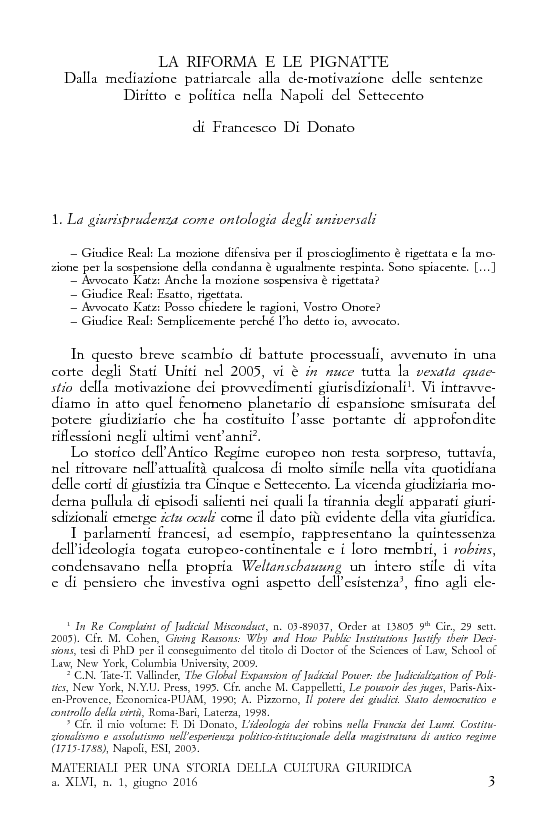