The celebrations of the two hundred and fiftieth anniversary of Beccaria's "Dei delitti e delle pene" (1764) raise the question of what remains of the Judicial Syllogism's Doctrine. The first part of the paper contextualizes the legal and political operation originally performed by Beccaria; the second one reconstructs the three avatars of the Doctrine (ideology, cognitive theory and theoretical model); the third part, finally, answers the question posed by the title from three points of view (the rule of law, the analysis of legal reasoning and the continental conception of law as legislation). The paper, in particular, proposes to overcome the continental legislative conception, in which Beccaria's Doctrine was rooted, by replacing it with an integrated, more realistic and general theory of law as adjudication limited by legislation. 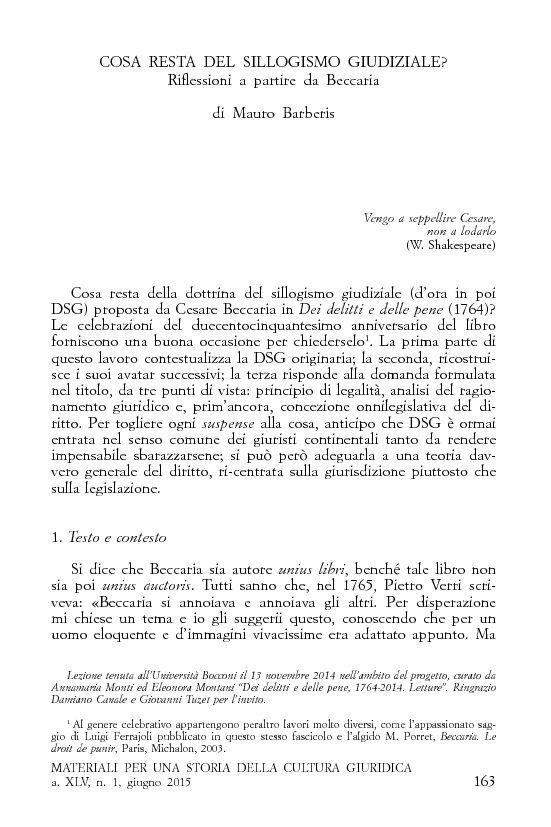