The paper gives a thorough analysis of both the emergency State aid legislation to the banking sector recently enacted by the EC Commission and the bail out plans that some member States - namely UK, France, Spain, Germany and Italy - designed to rescue their ailing credit institutions. Scope of the paper is to show how, despite all the best efforts of the Commission, the actual shape of the plans and the main characteristics of the financial instruments subscribed, give poor incentive for the State to exit and for the banks to repay the loan. This in turn, coupled with a few obstacles arising from some basic principles of company law, may imply an intervention in the banks' capital more than temporary, as it was initially promoted. 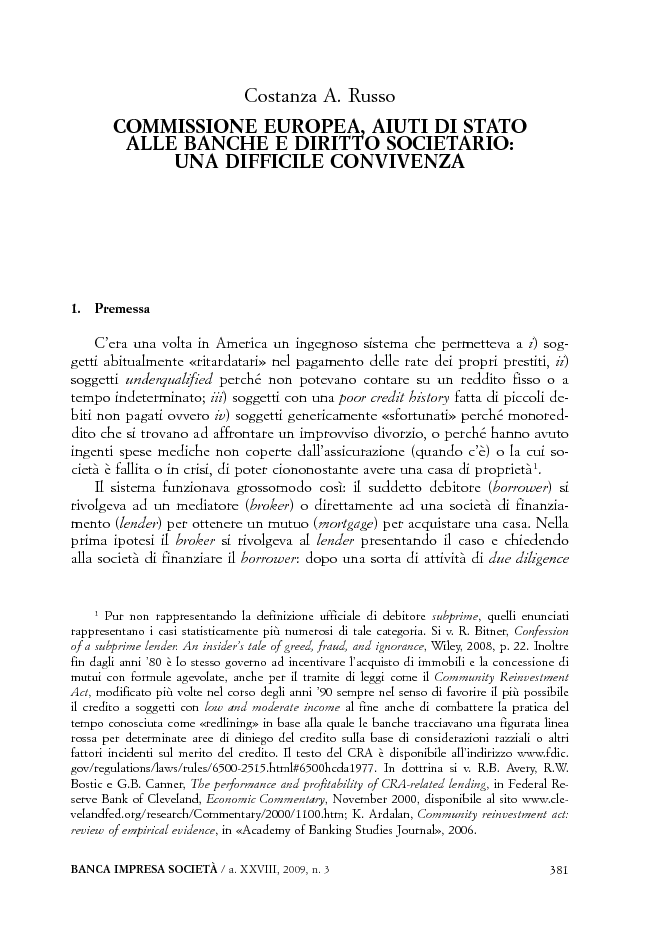