Under Italian law, banks' regulatory Tier 1 capital (patrimonio di base) is composed of "paid-in capital" (Core Tier 1) and "innovative capital instruments". While paid-in capital is commonly intended to include all paid-in shares, this article shows that paid-in shares do not necessarily qualify as paid-in capital. In fact, such qualification should be made in accordance with the principle of substance over form which, in certain cases, may result in the regulatory downgrade of paid-in shares as innovative capital instruments. The paper examines two recent recapitalization transactions involving two major Italian banks (Unicredit Banca and Banca Monte dei Paschi di Siena) to show that the latter principle, however, may only apply in theory since both the Monte dei Paschi di Siena and Unicredit transactions would appear in substance to be debt transaction, but the Bank of Italy has taken a rather formal approach and agreed to treat them as equity issuance falling within Core Tier 1 paid-in capital. 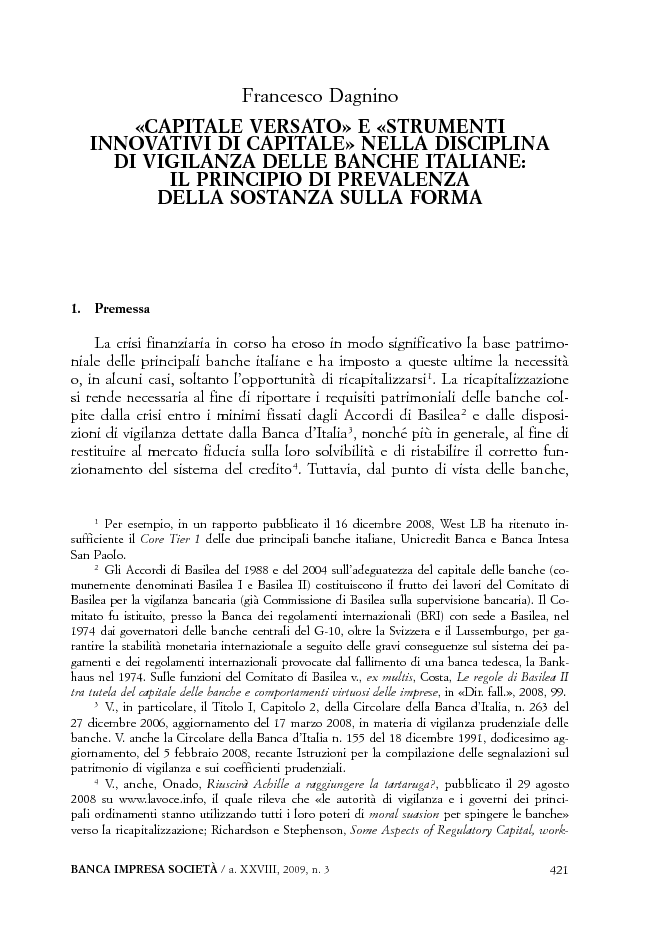