The reform of water services in Italy, introduced by the law 36/1994, is based on the concept of "integrated water service": a service including supply of drinkable water, sewerage and depuration, extended on a broad territory - the so called Optimal Territory (ATO: Ambito Territoriale Ottimale), financed normally through the tariff, and managed under the control of the Territorial Authority and a specifically appointed national Committee. The path of the reform has been slow and difficult, and it had to face recently the opposition of the European Communities Commission with regard to the direct appointment of the operation and management of the service to a joint-stock company with the local government as main shareholder. The successive Italian choice has an appointment through open auction, where the main weight is given to the lowest tariff asked by the competitors: an auction, therefore, in favour of the consumers, instead of an auction in favour of the local government where the winner is the one who offers the highest price to the local government. But that choice seems to be in danger because the successive law n. 448/2001, while confirming the auction system, has introduced a licence fee, which can transform a formal pro-consumers auction into an effective pro-government auction. Such a fee is not justified by the technical features of the water service. Therefore it is better to eliminate the fee or, at least, to lower it at the level necessary and sufficient to face the expenses of the controlling Territorial Authority. 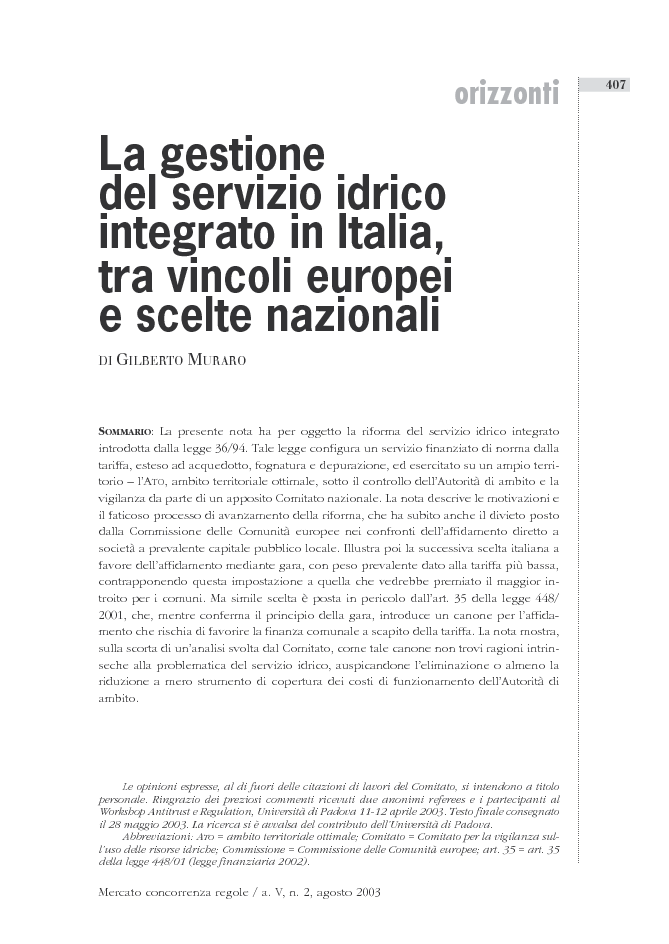