Starting from 2016, for more than two years, the issue of the transition to 28-day charging by fixed network operators has attracted a lot of media relevance, also by virtue of the measures adopted by the sectoral regulator (Agcom), the competition authority (Agcm), and the government through the December 2017 law. The dossier has become more and more complex and detailed, due to the litigation that has followed the initial measures, due to the rulings of the Administrative Judge, and due to the many interventions by the two independent authorities. Moreover, since important proceedings are still running, the issue cannot be considered closed. The aim of this paper is first of all to track - starting from the initial mobile communications experiences of 2015 - all the events and interventions that have followed one another. Then, we want to emphasize how the idea of implicitly increasing unit prices by reducing the quantities offered (days, in our case), was borrowed from the consumer packaged goods sector - where it has a long tradition - giving rise to a particular form of inflation that has been named "shrinkflation". We conclude with an assessment of legislative action in the field, especially for its complementarity with the measures issued by regulatory and competition authorities, which are in charge, within the limits traced by the Legislator, of protecting consumers and competition. 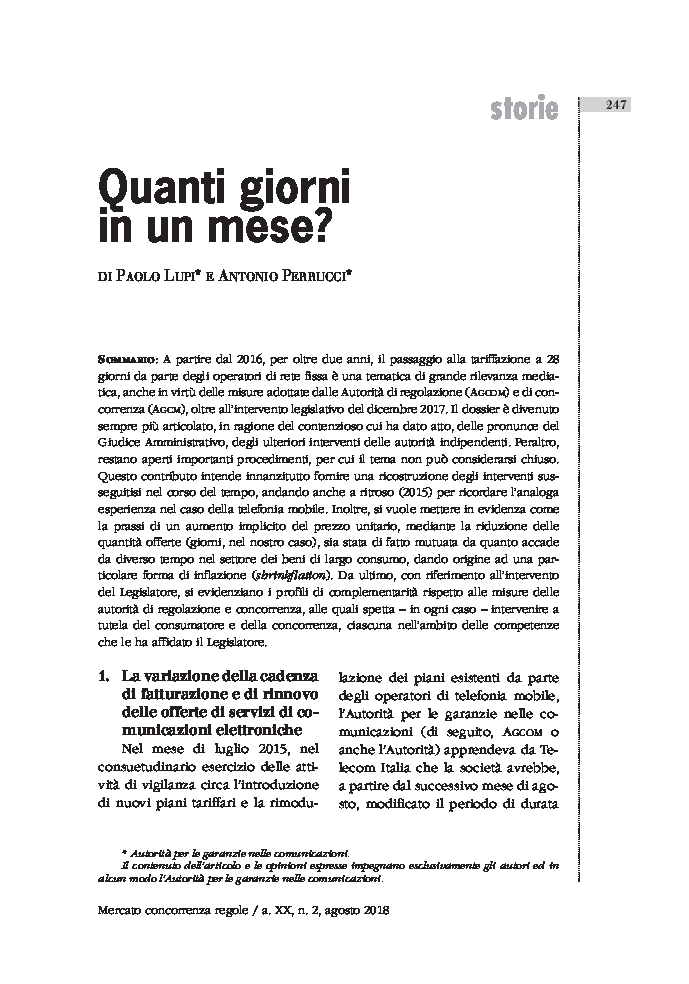