The article examines the measures which were introduced by the US government to support banks in the Great Crash of 1929. The state intervention began during the Hoover administration and proceeded - with greater intensity, but as essentially in continuity with the past - with the Roosevelt administration. The administrations acted through specially created corporations, which supplied credit, guarantees and capital to banks in difficulty. However, this public support came at a very high price. It was accompanied by particularly invasive interventions in the organisation and the management of the banks. Having rejected the selective market mechanism, the salvage rules had to graft bureaucratic mechanisms for selecting those worthy of protection on to private finance models. The effectiveness of such measures is discussed. Given the uncertainty surrounding the conditions in which the administrations were operating and the results they achieved, it is difficult to draw valid lessons for other economic crises such as the current crisis. 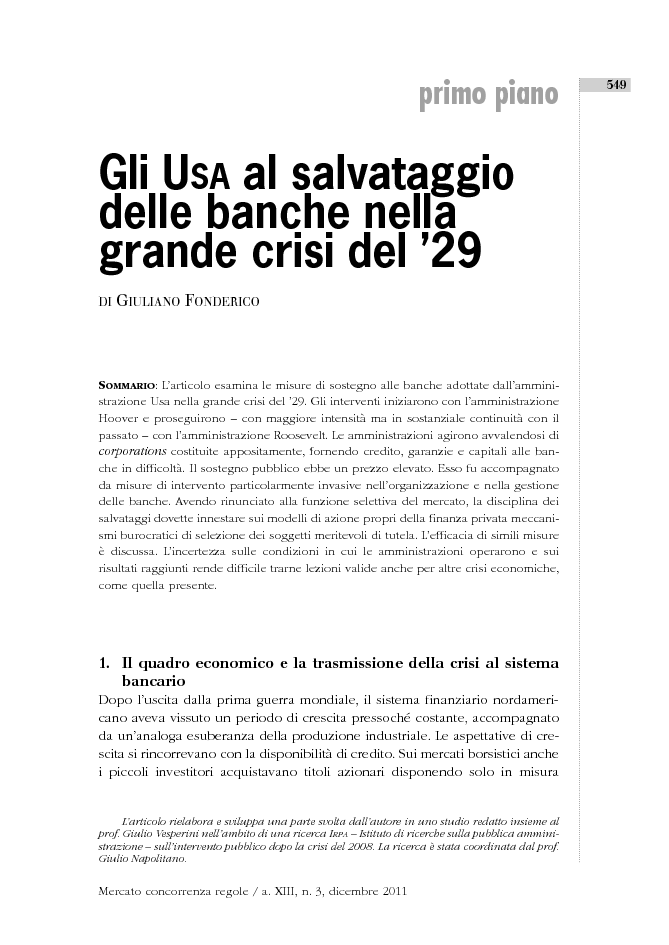