Most of the literature on interwar Italian banking regulation emphasizes the coherence in regulatory schemes aimed at solving systemic financial instability. As such it tells a story of a «game» in which the regulator sets up constraints on unruly agents (banks) that react in order not to lose their entrepreneurial autonomy. This paper suggests a more complex framework, taking into consideration a longer time period. The Italian bank laws (1926 and 1936-38) were announced many years before their enactment, in a context characterized by different regimes of banking governance and by increasing competition in a segmented credit market. Uniform stricter rules (on capital adequacy) produced asymmetric incentives that weakened internal self-regulation, hence exposing many banks and the credit industry at large to rising risks. Thus the paper reconsiders the classic interpretation of the 1930s' banking crisis as the consequence of the crumbling of universal banks, suggesting instead that interactions between rules and banks' behaviors does explain both market failures and failures in regulation. Eventually the Gordian knot was cut by making (almost) all banks publicly owned, but that solution did not solve the very questions of commitment and control. 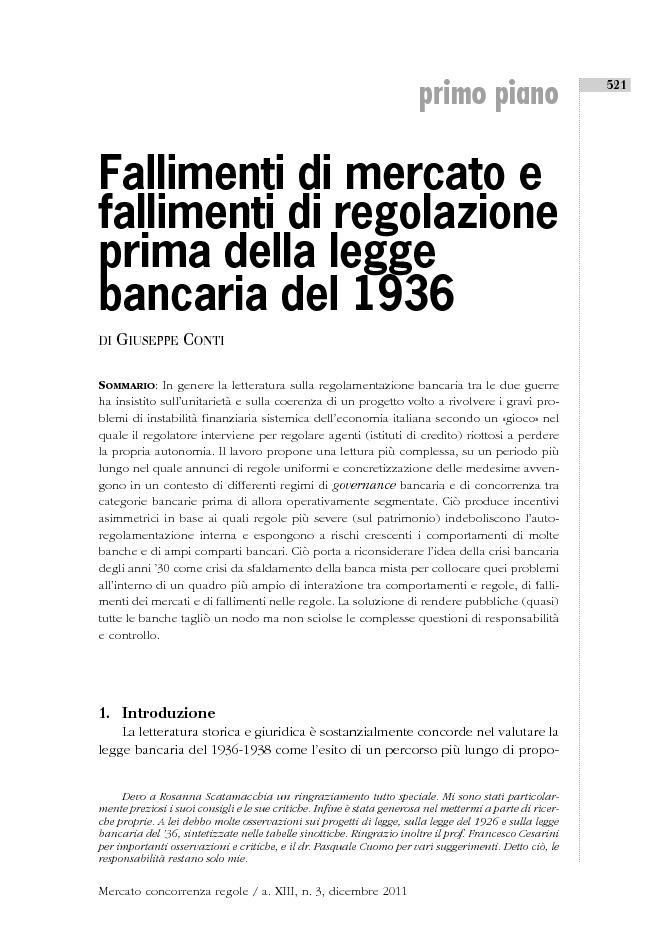