The article analyses the Google Books project, aimed at creating a digital library of the world's books, which has provoked a class action lawsuit against Google, filed by the Author's Guild of America and the Association of American Publisher, claiming large-scale copyright infringement. The lawsuit has thus favored negations between the parties to define a settlement agreement in order to solve (some of) the questions arose during the class action. After presenting the factual background to the Google Books project and the procedural history of the current class-action lawsuit, the authors examine two clusters of competition issues concerning the Google Books project: first, whether a class action settlement in litigation between private parties is an appropriate vehicle for making public policy. Second, whether Google's actions are on balance anticompetitive under US antitrust laws. 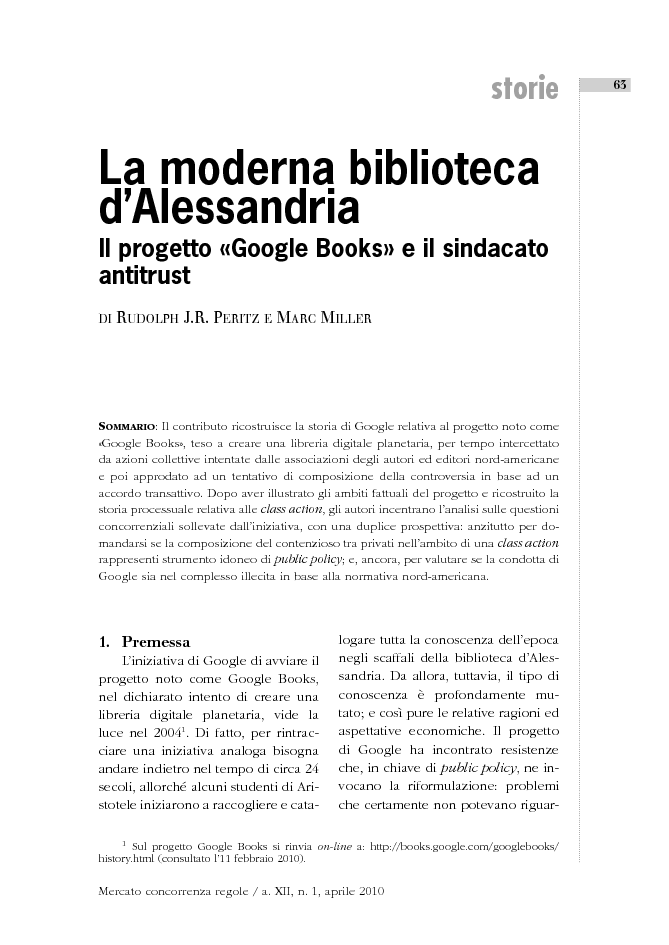