Price squeeze abuses lie at the crossroads between different forms of potentially anticompetitive conduct and between antitrust law and regulation. The main question that has arisen in the academic debate and actual practice is whether a combination of a lawful wholesale price and a non-predatory retail price can be characterized as exclusionary conduct based on the analysis of the margin between the two prices. In the paper, we argue that there is no need for a separate price squeeze theory under antitrust law. Assuming that the costs of supplying an input to rivals and to internal downstream divisions do not differ, a price squeeze capable of excluding equally efficient competitors may arise only from upstream discrimination (discriminatory price squeeze) or downstream predation (predatory price squeeze). However, when the downstream division of the dominant firm is not a separate legal entity, distinguishing discriminatory and predatory price squeezes may turn out to be impossible, as internal transfer charges are absent in many concrete settings of vertical integration. In these cases, an analytical framework for the assessment of price squeeze cases can be useful, provided that it is intended as an operational tool aimed at detecting anticompetitive conduct of a discriminatory or predatory nature, which is not directly observable. Instead of mimicking regulatory tools and criteria, the analytical framework for the assessment of price squeeze cases should be construed in accordance with basic principles of competition law and traditional doctrines of antitrust liability. This approach strongly supports the application of principles on refusal to deal to price squeeze cases and the use of the equally efficient competitor test to ascertain whether a given pricing policy is anticompetitive. 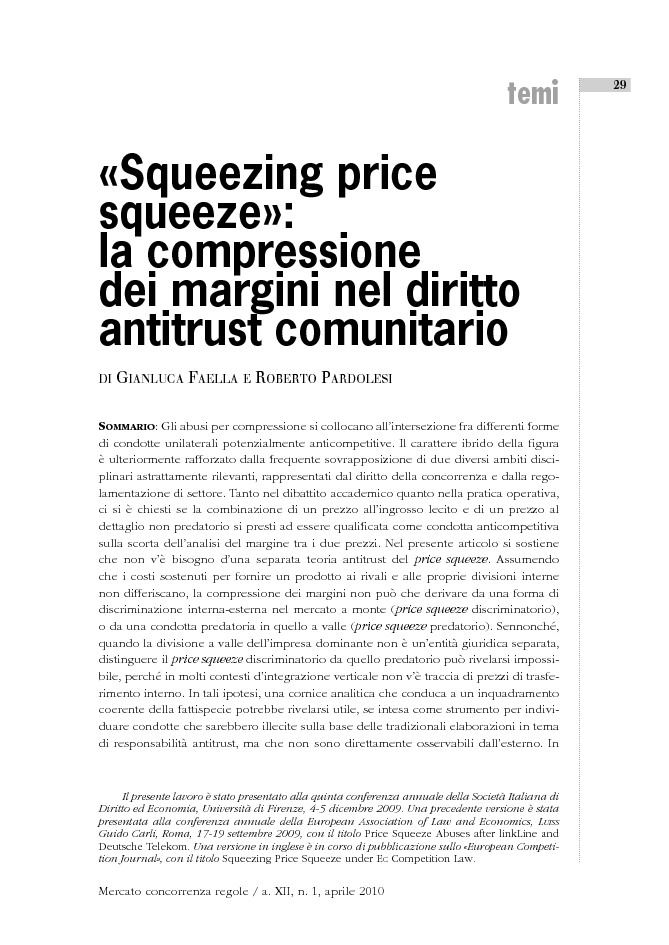