This paper updates the analyses on the implementation times of public works based on the monitoring data of the cohesion policies observed up to 31st December 2017. It is a set of 55,932 interventions for a total value exceeding 119 billion euros. Implementation times are analysed with respect to four dimensions: the cost of the works, the infrastructural sector, the body that carry them out and the regional territory where the works are located. Timescale is quantified, i.e. the time interval between the end of a phase and the beginning of the next one, and the level of efficiency of the regions in carrying out the works is measured; finally, the time needed to make the expenditure is calculated, which evolves in parallel with the implementation of the works in the construction phase. The paper, based on unchanged methods but extending the observation of the works, proposes a comparison with what was observed in the previous version carried out in 2014, with monitoring data up to 31st December 2013. Despite the substantial invariance of the conditions in which the works are carried out, it is possible to grasp some signs of change, both in a positive and a negative sense, compared to what was observed with reference to 2013 monitoring data. The average construction time of the works is substantially unchanged: the planning and execution times of the works are slightly reduced; the tender phase slightly increases. The duration of the smaller works is reduced due to a reduction in planning time. The times for the implementation of the largest works are lengthened due to the lengthening of the times of all the phases. Timescale is reduced. Expenditure on average is completed one year after the end of the works, slightly higher than in 2013. Compared to the national average duration, the positions of the regions do not change substantially compared to 2013. 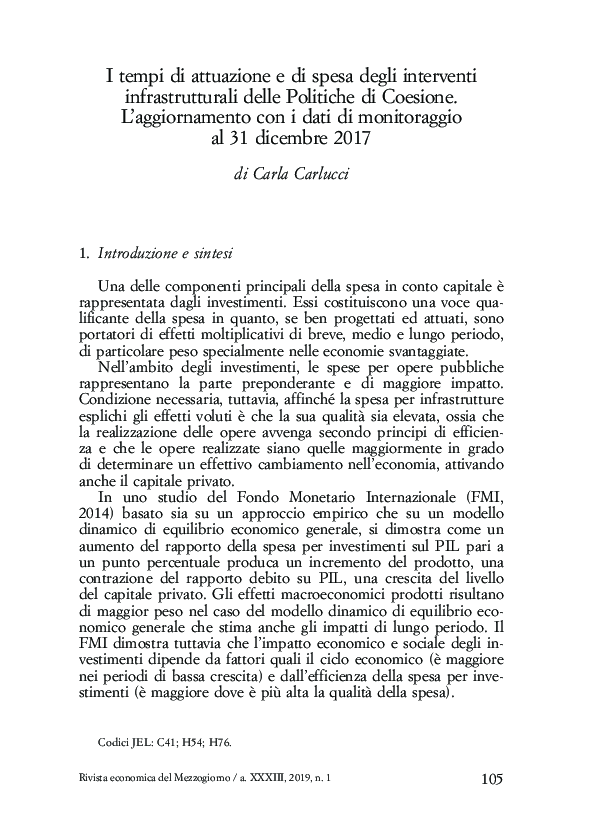