Starting from the data included in the «2013 SVIMEZ Report», this paper focuses on the «urban question» as a historic issue, mentioned or not over and over again according to the policy and political programmes prevailing in different times. Such a question is examined and explained in terms of «territorial connectivity» and «urban regeneration», which are among the main driving forces for Southern development. Increasing the level of territorial connectivity, both from a physical and a telecommunication point of view, means to make a network of metropolitan areas, intermediate urban centres and smaller settlements in order to maximize efficiency. Regenerating cities means to give quality to their functionality and beauty, which are their attractiveness towards their inhabitants, businesses and temporary visitors. Both such driving forces are to be included in a «Plan for a first intervention », seen as an instrument to be immediately implemented to re-launch the South of Italy. 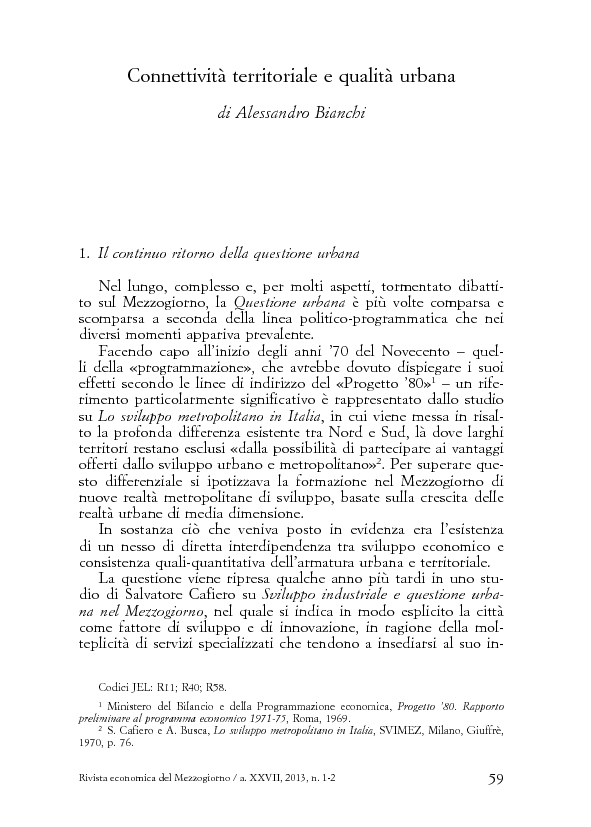