This essay re-proposes a paper delivered on the occasion of a public seminar on «Strategic choices and operational priorities for the development of Naples and the big urban areas in the South of Italy», held on April 16, 2007 by the SVIMEZ and the Association of Industrialists of Naples. It proves that six years ago, when the economic crisis was looming, the SVIMEZ had re-launched the centrality of the urban question for the South of Italy and its role within convergence policies. After having remembered that in the EU Framework for 2007-2013 a section on Cities has been introduced, which had been almost totally forgotten in the previous period, the author believes that the aim of convergence can be achieved taking into account the role of the big city and the importance it can offer, with flexibility, all the conditions useful to catch all the possible evolutions of the local and external demand as well as new opportunities for the improvement of the productivity of existing activities. If in the previous years, in the South of Italy, high fixed investments had not led to an equally high growth in production and productivity, it would be necessary to prioritize investments in urban areas where they can allow improvements in efficiency and trigger important multiplier effects, as well as recover blight. 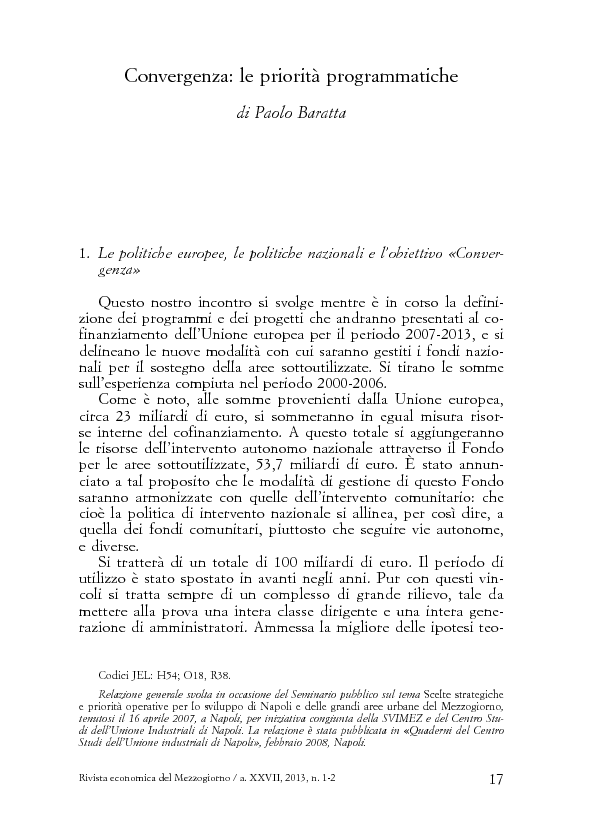