In the post-war period, Italian Capitalism was characterized by numerous State Owned Enterprises and by some large private firms owned and managed by family dynasties. Unlike other capitalist countries, large private Italian firms did not have a separation between ownership and control, making it difficult the control of firms by capable, but not sufficiently wealthy, individuals. The State Owned Enterprises compensated this deficiency of the Italian variety of Capitalism. In recent times, privatizations have paradoxically confirmed their importance for the overall efficiency of the Italian system. Privatizations were made without a courageous reform of corporate law. As a result the private sector of the Italian economy is still unable to generate an adequate number of large firms. Moreover, the traditional family-run firms have been unable to manage well the privatized firms. By contrast the former State Owned firms enjoyed a good performance when they were transformed into joint stock companies but the State kept the power to appoint management. Thanks to this new form of governance, they could limit the damages of political interferences and have achieved an efficiency similar to that shown in the fifties. If policy makers become aware of the fact that a modern economy needs a fair number of big firms and that it cannot rely only on firms run by family dynasties, then the Italian decline can be resisted and possibly inverted. 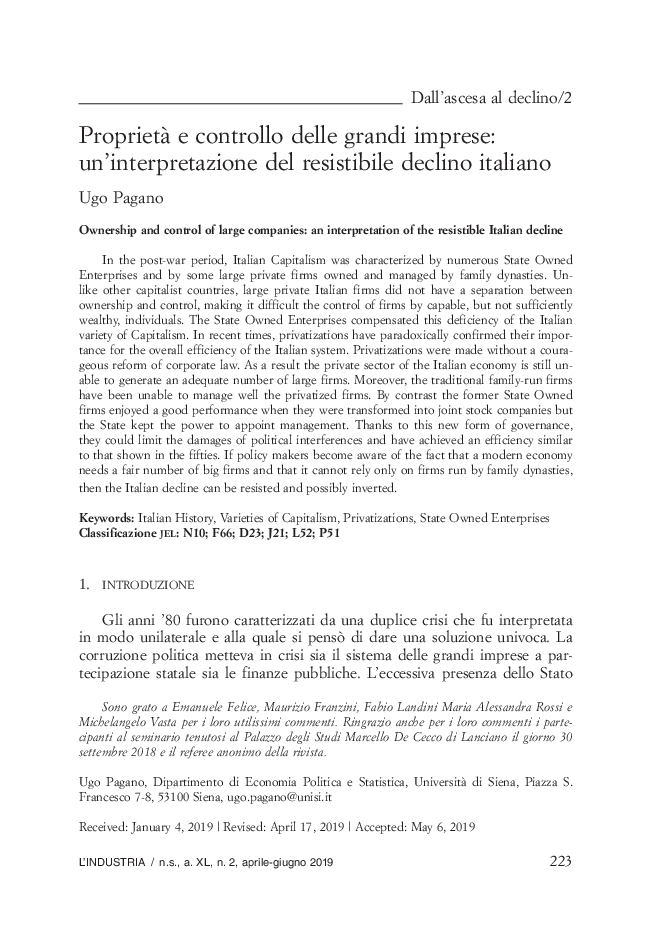