The essay argues that the Italian economic decline, although evident since the 1990s, has long-term roots: the institutional set-up and the bureaucratic-administrative system incapable of providing incentives to make firms grow and specialize in frontier sectors; the education and innovation system which, in terms of resources and results, is unbalanced and undersized compared to other advanced countries. Throughout its entire history, Italy has never seriously invested either on improving the «rules of the game», nor on the allocation of human capital, nor, least of all, in the systemic development of scientific and technological research. A path dependence equilibrium was created and progressively strengthened, supported by the ruling classes (political and entrepreneurial) and which has found the consent of the citizens, thanks to particularistic and short-term advantages. This arrangement has determined the three crises (of productivity, that of public finance and the recession of 2008) that characterize the Italian economic decline. The South, the largest lagging behind area in Western Europe, is the place where these problems appear to be more strong and is also the area in which the three crises are more severely felt. 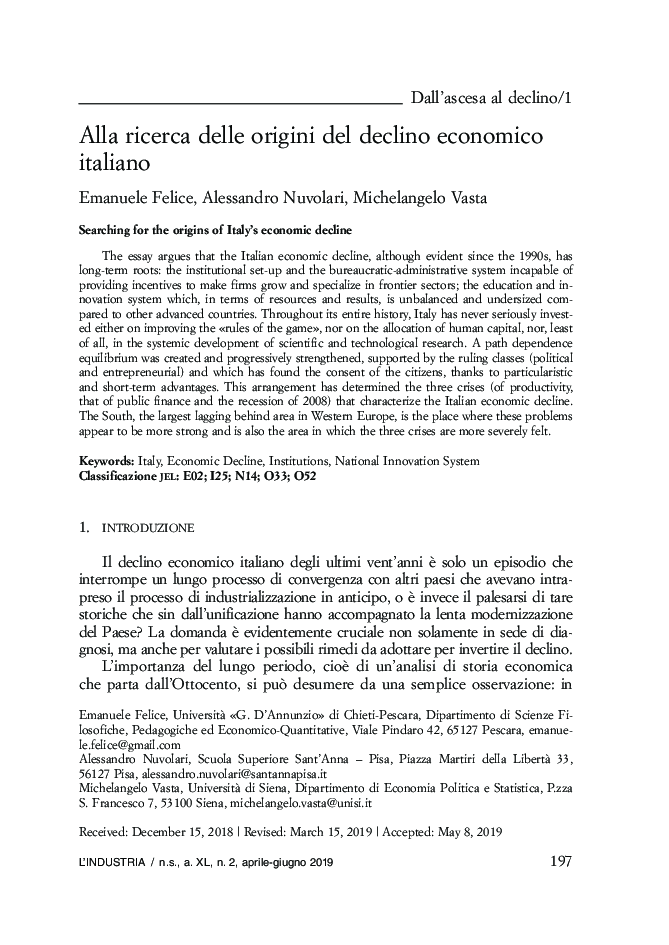