Marcello De Cecco (1939-2016) was arguably the first economist to warn about the Italian economic decline, since the early 1990s: in his view, this was due to the dwarfism of the Italian firms and the low investments in education and in R&D, which made it hard to compete in the new setting of the second globalization. As a world leading scholar of the history of financial systems, De Cecco thought that Italy would have been even worse off if she did not join the Eurozone, due to her institutional and political historical weaknesses. Investments in research and innovation, a subsequent coherent structure of institutions and national capitalism, the full participation in the challenges posed by the international context and by European integration should still today, in our opinion, be the key elements of a strategy to stop the decline of Italy. 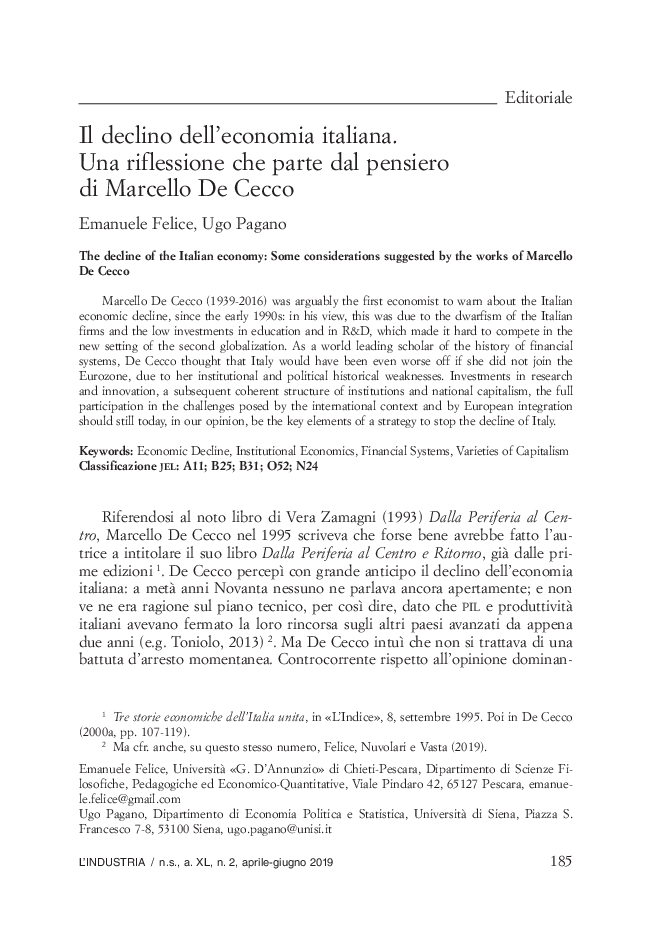