A sound banking system is a pre-requisite for economic growth. In Southern Italy, thanks to the deep changes of the Nineties, this condition is now satisfied. Nevertheless, the unfavourable general context (criminality, underground economy, ecc.) and the bad quality of both physical and intangible infrastructures (e.g. justice) keep harming the productivity of the area. Better infrastructures urge but, for a significant improvement in competitiveness, a temporary freezing of nominal wages could help and should not be ruled out in the short run. Our estimates show that this could prove beneficial for the single workers too, thanks to the increase in the number of their working years and, consequently, of their entire life earnings (pensions included). Lower nominal wages at Mezzogiorno (with respect to North) could also help reducing bank interest rates through the direct effect on sector's labour cost and the indirect effect on loans losses. In such an environment, "outsourcing" could gain appeal. 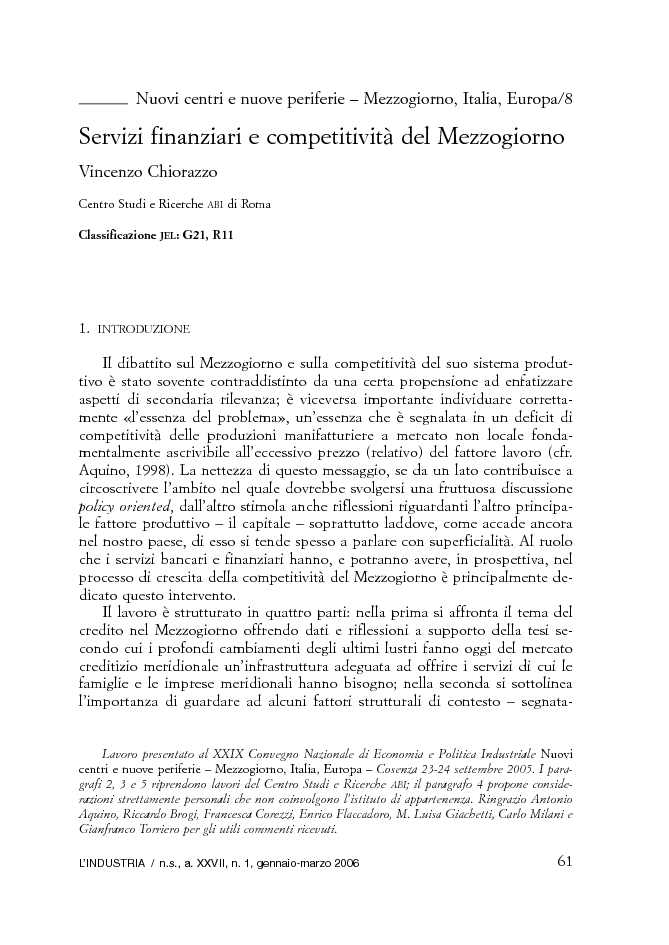