The support of the banks is one of the necessary conditions of the economic development of a territory. A territory which suffers from an original handicap, of course, needs a stronger support together with larger investments. Referring to the Southern Italy's situation, we should learn from the past mistakes: the unwise credit and hiring policies caused the crisis and then the extinction of the local banks. The creation of a "bank of the South" that would be governed by Southern shareholders, as has been suggested, would not be a solution. Apart from the unrealizability of such an unclear project, we need, instead, big banks which can offer management and financial consulting, especially to the small and medium enterprises; banks that, however their capital is formed, would freely choose, as their own entrepreneur strategy and according to market laws, to operate and invest in Southern Italy. An appropriate economic and fiscal legislation to attract those investments would also be necessary. 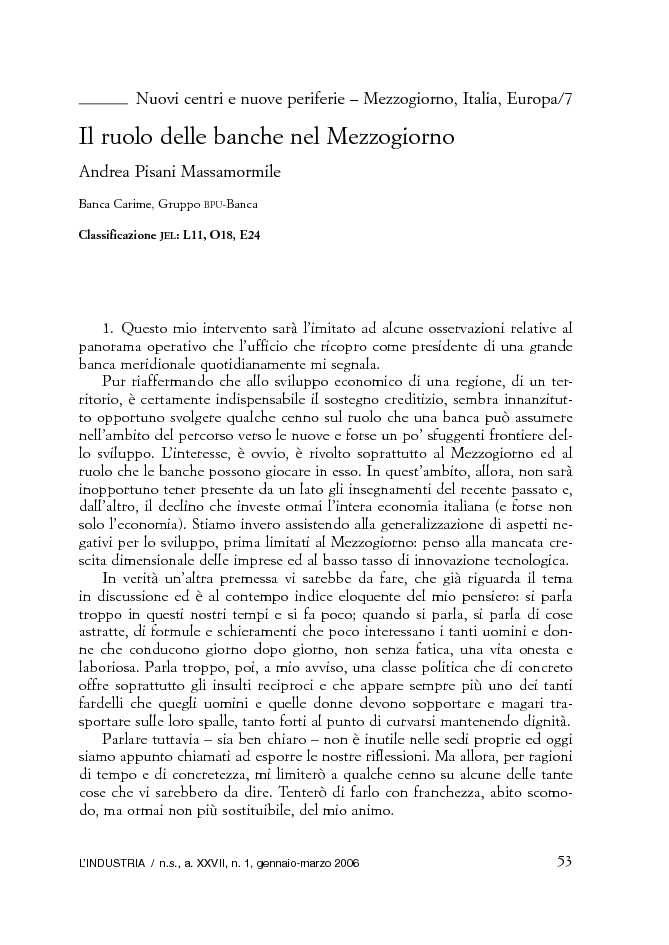