In this paper we estimate cost efficiency and technological characteristics of public hospitals in Piedmont over the period from 2000 to 2004. During the Nineties, different regulatory reforms aiming at controlling health expenditure affected the Italian National Health Service, ranging from the introduction of a new reimbursement scheme for hospitals (DRG-based) at the micro level, to the implementation of fiscal federalism at the macro level. We argue that all these legislative interventions rendered producers more prone to control costs, in order to be able to meet financial constraints. Our empirical findings support this hypothesis: average cost inefficiency, computed after estimating a Translog stochastic cost frontier by the Battese and Coelli (1992) approach, reduced remarkably during the observed years, while the adoption of more effective technologies shifted upward the minimum-cost frontier. We also find evidence of relevant scale economies not exploited by producers, which decrease with hospital size (number of beds) and output complexity (average DRG weight). 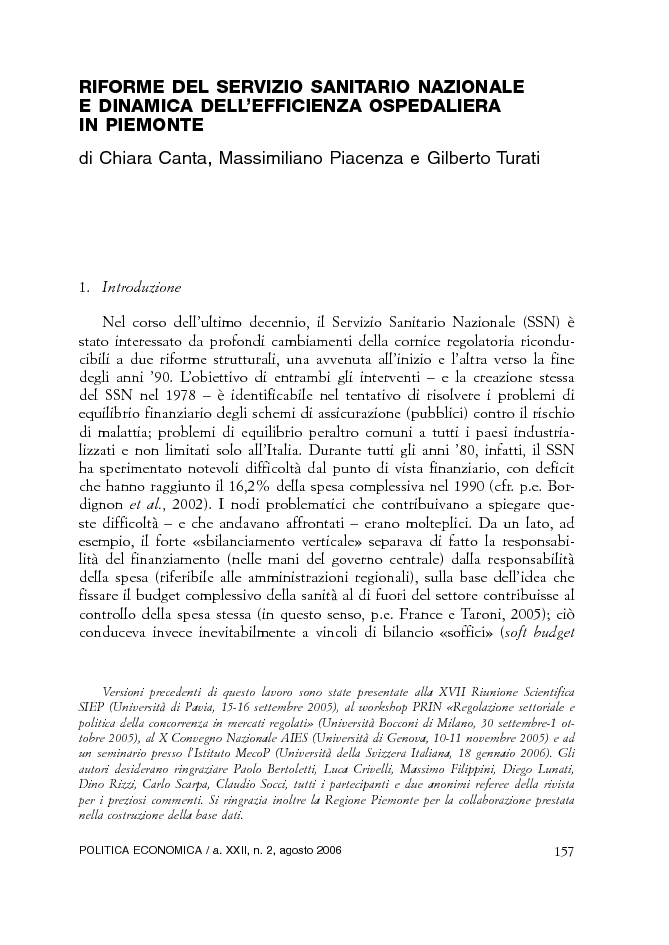