This paper analyses the changes in the Italian wage distribution from 1985 to 1999, using the "Worker History Italian Panel" (WHIP). The rise in wage inequality is first documented using various statistical indicators. Standard decompositions of inequality indices by population subgroups shed light on the underlying causes of the observed distributional changes. Following Juhn et al. (1993), econometric-type decompositions are also employed to disentangle the effects of observed quantities, prices and unobservable factors on inequality trends. The changing prices of observable characteristics are found to play a major role in accounting for the observed inequality increase. This result, which appears in contrast with the "standard view" in the literature on wage inequality in Anglo-Saxon countries, is discussed in relation to the characteristics of the Italian wage bargaining system and casts doubts on the ability of the Italian labor market to reward the "skill" increasingly demanded in the new technological, organizational and competitive environment of the globalization era. This ability does not seem to have increased after the reforms in wage determination contained in July 1993 Income Policy Agreements. 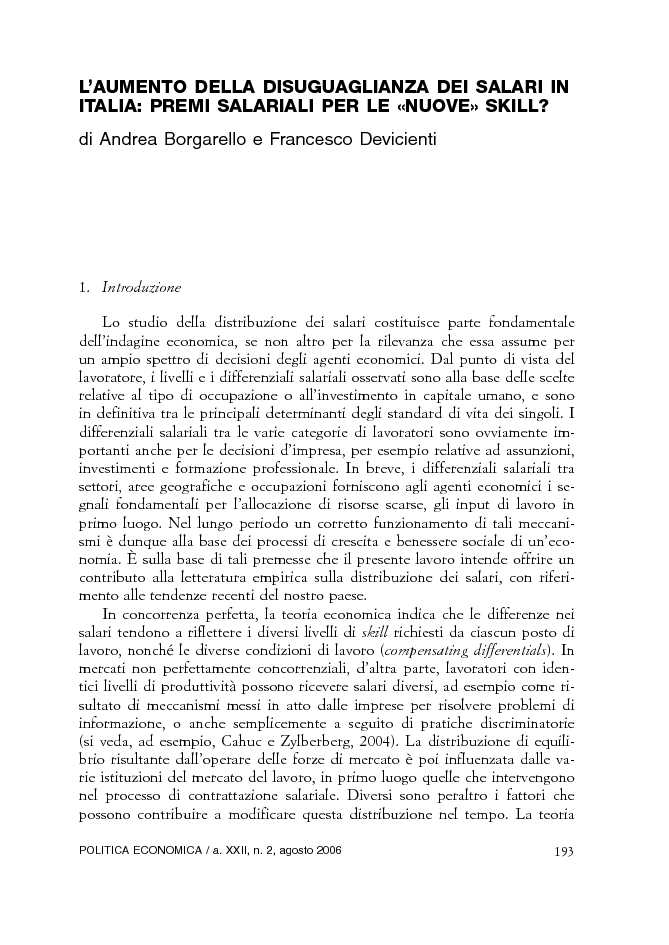