The Paretian School has been one of the most important research's strand in the interwar period in Italy. It included a small, fighting group of economists, among them stand out the names of Luigi Amoroso, Giulio La Volpe and Eraldo Fossati. The more ambitious project carried out by the Paretian School was the dynamization of the theory of general equilibrium. In accordance with the main international research programs, also in Italy the thirties were the years of the economic dynamics. Luigi Amoroso, following his scientific formation and emphasizing the analogies with physical sciences, in particular with rational mechanics, proposed a view of economic dynamics based on habits; La Volpe turned its attention to choices grounded on plans and predictions, that is, on future. The third approach was put forward by Fossati who took a totally different path, following the Austrian tradition based on the role of time and ignorance. The Paretian approach to dynamics was one of the most original products of the Italian tradition during that period, at least in the field of pure theorizing, but, for the reasons that we will attempt to explore, it did not have a significant impact in the working out of economic dynamics in the post-war period. 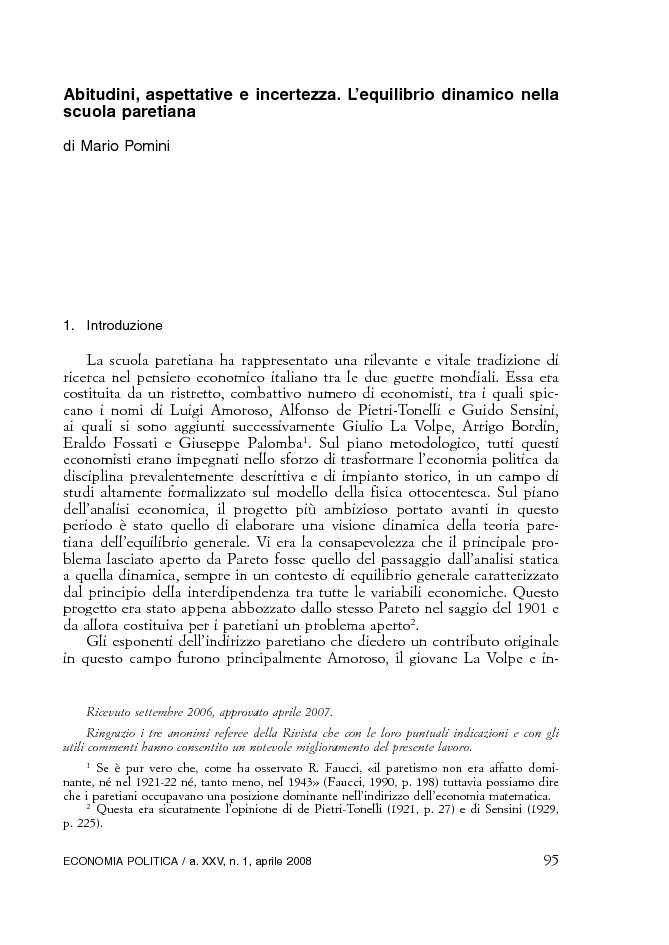