The traditional model of consumer behaviour is based on the assumption of "rationality", that is, consumers make their choices according to the maximization of a utility function subject to budget constraints. This approach requires that each consumer, has a complete knowledge of the utility function and has got the computational skills for solving an optimization problem. Many authors, from "bounded rationality" perspective, argue that these assumptions are too strong and propose decisional mechanisms based on repeated choices following a dynamic adaptive process. The convergence, in the long run, of this adaptive process to the equilibrium point of the traditional static consumer model may be seen as an "evolutionary explanation" of the assumption of rational behaviour. We present a simple dynamic model that describes an adaptive decisional mechanism by assuming that at each time period the consumers update their choices in the direction of increasing/decreasing utility; the corresponding static traditional consumer framework is represented by Cobb-Douglas preferences with two goods. In discrete time evolution, we obtain an one-dimensional map when the preference parameter is exogenous otherwise an two-dimensional map, whose steady states represent the choices of the rational consumer. In the first one-dimensional model the rational choice is asymptotically stable when the weight given to each good is not too strong, otherwise we have the traditional transition to complex dynamics with a sequence of flip bifurcations. In the two-dimensional model there are several coexisting equilibria, that is, a "multistability" situation, where the final outcome depends on the initial conditions. In this situations the global analysis of the basins of attraction has a crucial importance; for this purpose we apply some recently introduced methods for the study of two-dimensional map with denominator, based on the notion of "focal points". 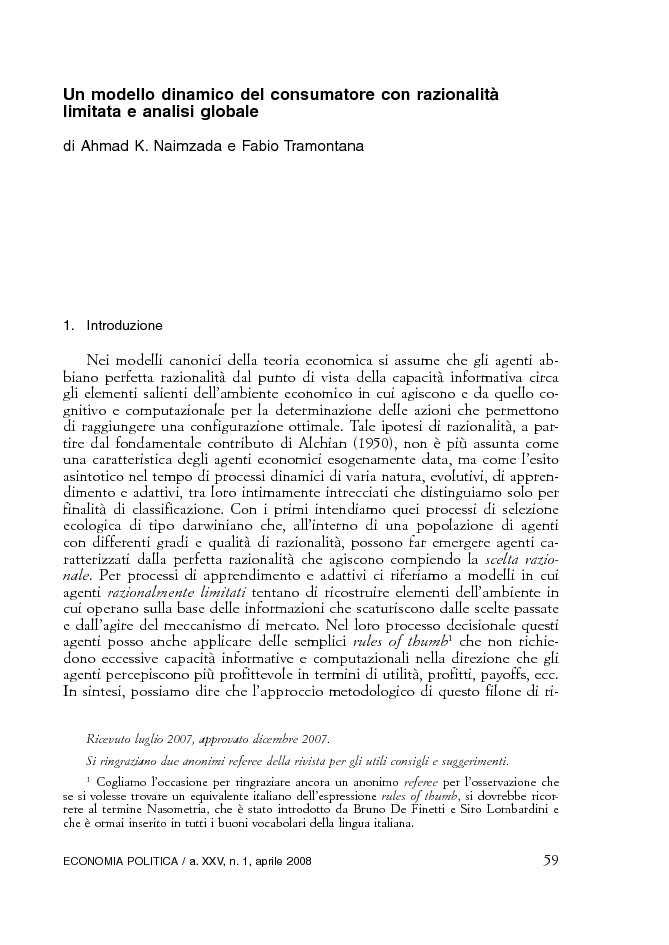