This paper investigates (i) the extent to which the emerging notion of "social capital" is definable and treatable within a microeconomic approach, and (ii) what valuable research directions exist in this field at the moment. The contribution is aimed at framing a specific conceptual model in order to indicate a research direction, thus "looking for the fire behind the smoke" which has been generated around the concept. First, after a critical examination of the recent socio-economic literature on Social Capital, a microeconomic-grounded definition, revolving around the elements of reciprocal trust and voluntary co-operation, is provided. The definition is theoretically consistent with the recent and more relevant socio-economic literature, it is self-contained and thus it represents a feasible framework for further analysis. Secondly, the implications of the definition, regarding the role of social capital investments for the development of firm network and innovative capacity, are discussed. Finally, a set of possible extensions and main critical points are sketched. The main point we raise is that the analysis on social capital will fruit-fully develop only if several self-contained and theoretically sound definitions are drawn out at different levels, even with different research aims and from different methodological perspectives. A defined and robust conceptual framing of the social capital concept is in fact a necessary pre-condition for supporting consistent applied analyses. The work intends to constitute a point of reference for future research, generating some controversy and stimulating further contributions. 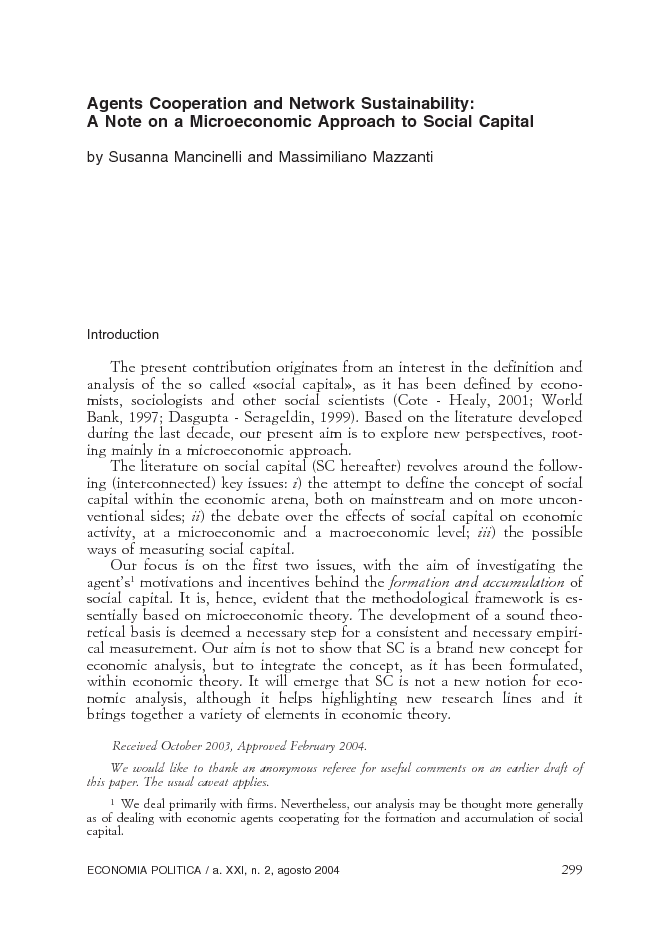