This paper analyzes the conditions under which, within a two-sector endogenous growth model with human and physical capital accumulation but without R&D-driven disembodied technological progress, we can observe an ambiguous effect of population growth on economic growth, as empirical evidence suggests. We present, in turn, three models. In each of them skill acquisition represents the engine of long-run economic growth. Population growth exerts ambiguous effects on economic growth only when human and physical capital investments are complementary for each other. This result is explained in terms of the interplay between the «dilution» and «accumulation» effects. In accordance with the growth literature exhibiting endogenous human capital accumulation and R&D activity, we also find that income growth can be positive even with stable population, that both the growth rate and the level of per-capita income are independent of population size and, finally, that the level of per-capita income is proportional to the level of per-capita human capital. We conclude that, even without explicitly assuming purposeful investment in research activity by firms, it is possible to reach the same results. 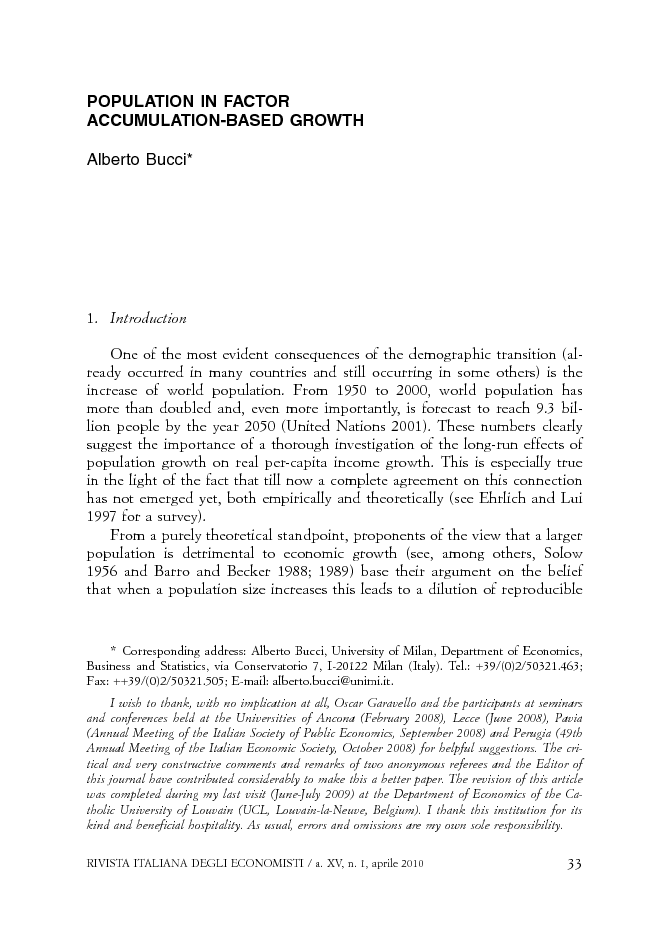