This article offers a brief overview of the most important models of parliamentary government. The purpose is to explore whether according to the Constitution as well as in practice the Prime Minister has at his/her disposal the power to appoint and dismiss the Ministers and the power autonomously to dissolve parliament. Taking into consideration, among others, the cases of Germany, Great Britain, Italy, and Sweden, it is found that, constitutionally available or not, those powers are actually exercised when the existing party coalitions and political and parliamentary majorities can afford to do so. Moreover, it is suggested that the power to dissolve Parliament if frequently implemented in order, for instance, to impose discipline on the parliamentarians or to prevent parliamentary turnovers, goes contrary to the institutional logic of parliamentary government. Though in some cases unscrupulously practiced, the possibility of creating different governmental coalitions in parliament provides for political and institutional flexibility and prevents too frequent and potentially very dangerous electoral consultations. The strengthening of any parliamentary government can be obtained through intelligent "manipulations" of the electoral system and hence a restructuring of the party system and of the coalitional game. Exactly what still remains be done in the Italian political system and cannot be obtained just by strengthening the Prime Minister. 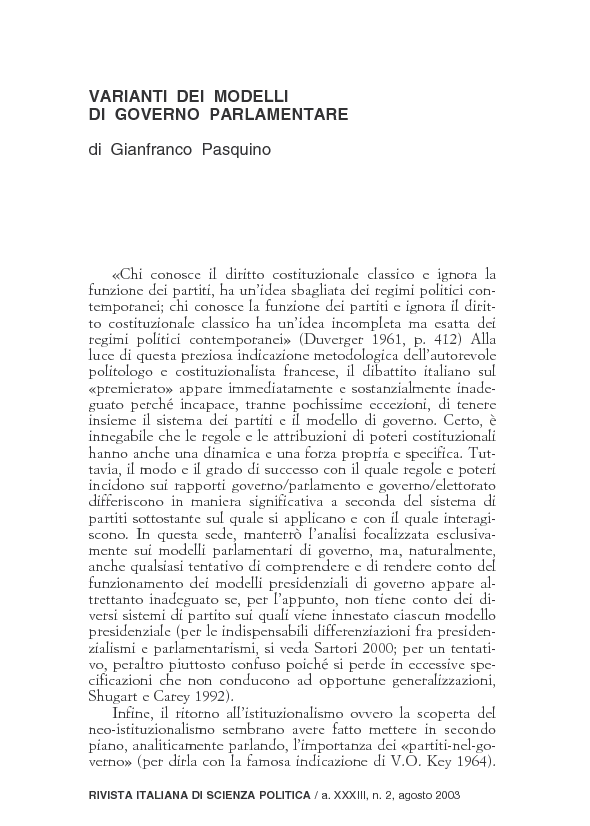