The present contribution has been guided by the necessity to search for an alternative approach to the analysis of EU institutions, which fairly comes up of several limits that exist in our knowledge of the EU institutional development and becomes especially significant when the consultative bodies are concerned. The study proposes to use the concept of institutionalization as a framework that seems to be particularly efficient for discovering those institutional characteristics that have been overlooked by the approaches traditionally used when dealing with EU institutional settings and, above all, with the phenomenon of institution-building. Despite the concept of institutionalization has been deployed to describe the transformation of EU governance as a whole, it has never been adopted as an interpretative framework of a single institutional experience. So, the study explains why and how several insights deriving from the research on institutionalization, which provides for a huge variety of the phenomenon interpretation, can be useful for filling in the gaps existing in our knowledge of the process of institutional change in the EU. The main trigger and the empirical grounds for such an agenda has been the case of the Committee of the Regions that has received little attention of academia although its story is probably among the most complex and troublesome in EU institutional make-up. 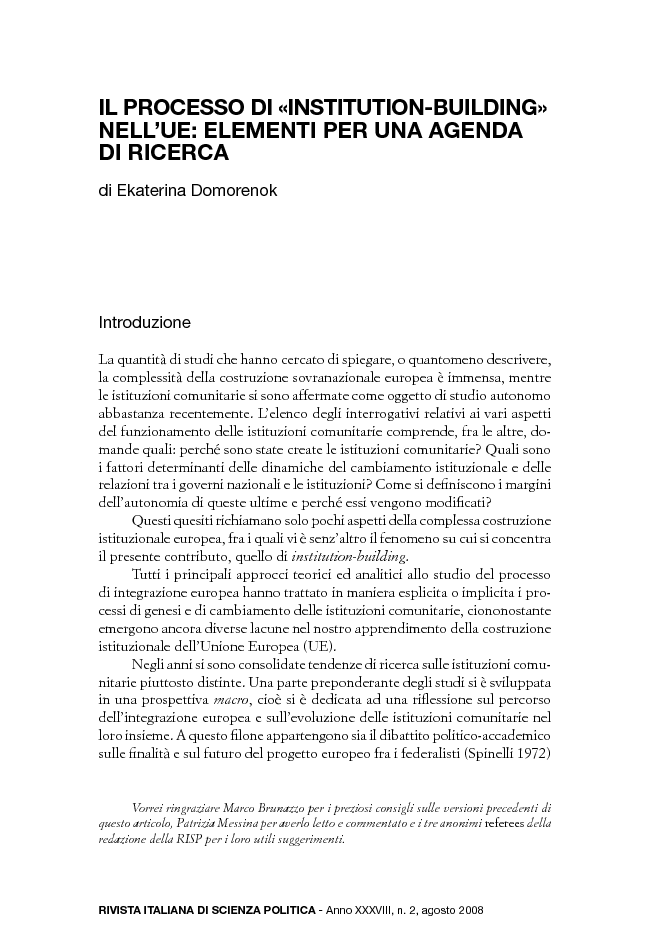