Based on recent IPE contributions on three key themes in international politics (the relation between trade-technology and interstate conflicts, the link between multinationalization in production and world stability, and the political economy of democracy promotion in post-conflict countries), this essay calls the attention on the potential that IPE studies have for the analysis of complex processes (political and economic, with domestic, international and trans-national reach) across long time-spans. Empirical research on these topics has provided new ground to test and refine hypotheses from the three IPE orthodox Schools (Realism-Mercantilism, Liberalism and Marxism), pointing to the advantages of multivariate setups that treat both political and economic determinants of international outcomes as endogenous. Studies on the trade-war links have opened the way to analyses of how growth-inducing mechanisms in war economies may combine with the lasting effects of war-borne protectionist coalitions in producing differential outcomes, according to countries' resource endowments and level of development. Hypotheses on the peace-inducing features of multinationalized production appear in need of revision, especially when applied to the context of North-South relations, in which traditional dynamics identified in the FDI literature do not seem to obtain. Last, scholars interested in the political economy of post-war reconstruction could fruitfully borrow from the comparative literature on transitions, the economic contributions on development and the IR research on conflict, to provide new theoretical tools for the analysis of democracy promotion in post-conflict states. 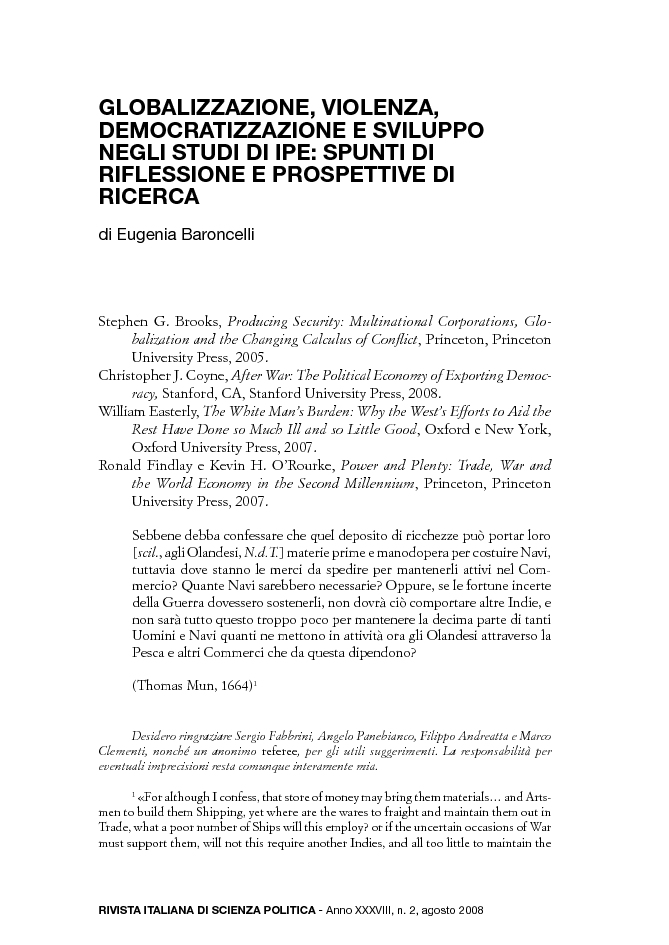