This article focuses on the role power exerts in influencing the nature and dynamics of the contemporary international system. To this aim, the A. suggests a typology of the contemporary system conceptions that is built on two basic features of power in international life, namely its distribution and legitimacy. Basing upon this typology, the A. maintains that the contemporary system is conceivable as an hegemonic situation because it shows a unipolar distribution of power capabilities, and because the overwhelming power of the Us can be considered as being legitimate. Given the distinction between unipolarity and hegemony, the A. argues the former delivers particularly difficult tasks to the latter: the hegemonic stabilizing function faces several and severe problems related to the production of regional stability in a structural environment lacking a single and clear threat that makes the major actors' security needs consistent. Moreover, the A. argues the hegemon lacks the specific capability that is necessary to perform these tasks, namely armed forces. In consequence, the hegemony of the contemporary unipolar system may have limited options, and it may need multilateral and institutional support to manage world affairs just because of its own power superiority. 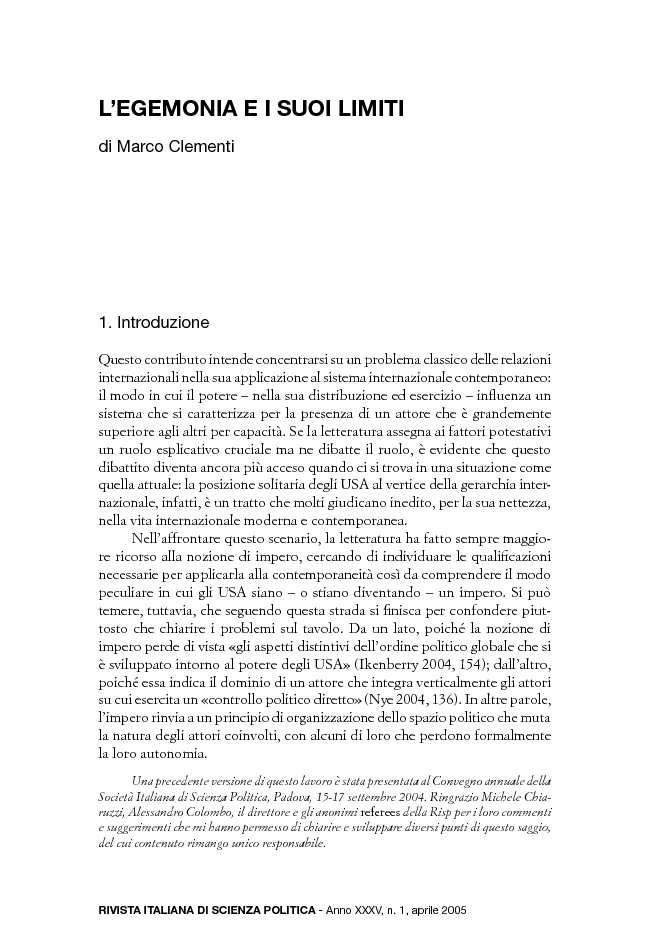