The article analyses almost a decade of pension reforms in Italy, starting with the sovereign debt crisis that hit the country around 2011. The contribution combines within its analytical framework the concept of policy-making style developed by Jeremy Richardson with the perspective of multilevel governance as operationalized by Robert Putnam. It focuses on the actions of Italian political decision-makers: while much of the recent literature supports the hypothesis that policy-making in Italy has become chiefly an act of unilateral imposition, especially towards the social partners, the empirical evidence leads us to identify the persistence of a more consensus-seeking orientation, aimed at reducing the sources of dissent. The freedom of action of Italian politicians appears to be limited by both external and internal constraints and, hence, several measures are oriented at striving for the consent of actors and institutions placed at different levels of governance. The article employs a multilevel analytical perspective, which contrast with the analytical nationalism typical of many existing exercises in process-tracing. National policy-makers are placed at the centre of a process that is articulated on three levels of governance: the global one (characterized by the role of financial markets); the European one (based on the action of the institutions of the European Union); and the national one where the social partners operate and where, more recently, forms of populist, direct democratic practice have emerged. 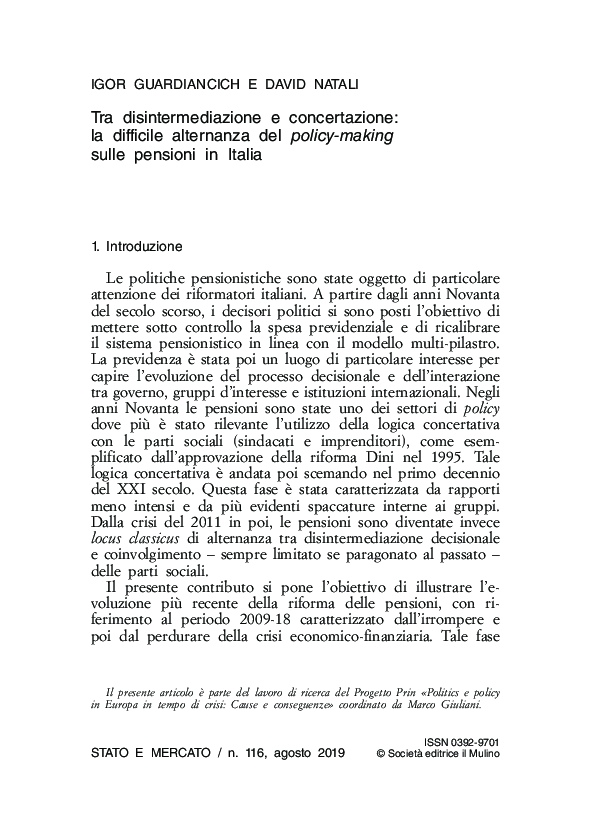