The article presents a review of the multifarious literature that emerged in the past decade explaining the difficult path that Italian policy-makers undertook in order to modernize, or at least adapt to external political and economic pressures the country's welfare state. After giving a succinct political-economy overview of the period under study, the core of the text is dedicated to three approaches that informed most of the domestic and international scholarship dealing with Italian social policies. In particular, the abundant literature focussed on: i) the external constraints national policy-makers were facing (mostly connected to the European Union and the financial markets); ii) the new leadership and policy-making styles that emerged in the wake of the sovereign debt crisis (centred primarily on the figures of Prime Ministers Mario Monti and Matteo Renzi); iii) the changing configuration of domestic actors in the corporatist, pluralist and political arenas. Additionally, the review delves into the details of individual policy domains, in particular pensions and healthcare, which themselves determine the reform outputs as a result of significant policy-specific variation in external constraints, domestic actors, and leadership styles. 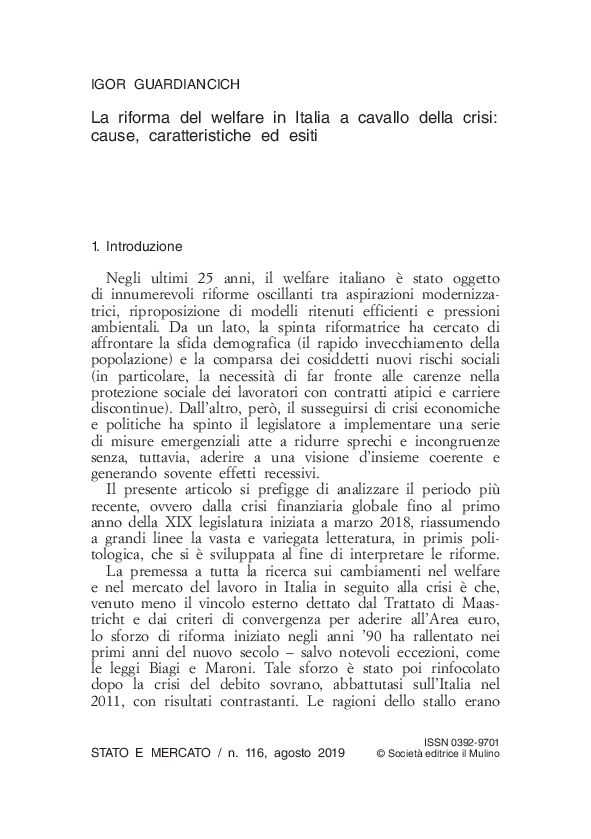