Social policies in Asia have considerably grown over the past twenty years. Although these changes only applied to Japan at first, other East and South East Asian countries have been rapidly catching up, introducing several welfare programs in the region. This article aims to capture these trends and to identify some distinctive features therein. It is argued that a separate Asia-related classification in terms of «productivist» welfare capitalism, to be added to Esping-Andersen's original typology of three welfare regimes, is not a very useful approach, given the variety of the economic and welfare institutions in this geographic area. The second part of the paper focuses on the East Asian cases of Japan, South Korea and Taiwan as the most institutionalized ones, and on the reasons why it is possible to consider them full-fledged welfare states. Finally, in the conclusion, I delineate possible directions for future research on welfare in Asia from a comparative perspective. 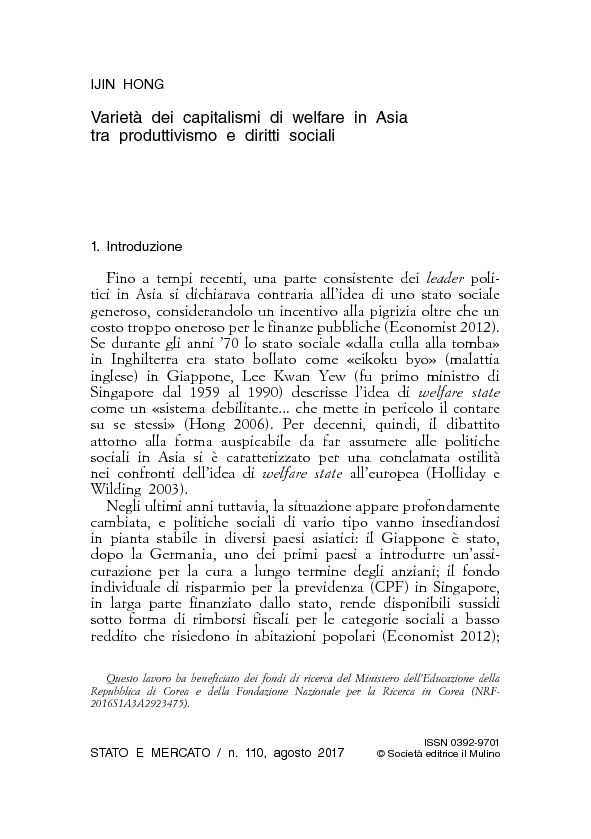