This article provides a critical review of the main studies that, through statistical tests, have tried to evaluate the influence of political and institutional factors on financial policies and in particular on the capacity of the governments to contain public deficits. A detailed analysis shows that the operationalization of variables like the structure of the coalitions, the electoral system and the form of government, adopted by these studies is not always correct. The attempt to keep together in the same sample both parliamentary and presidential systems is also problematic. Nevertheless, the general hypothesis on the link between institutional arrangements and financial policies seems to be convincingly confirmed. In particular, less fragmented decision systems, characterised by a smaller number of veto-players, have allowed democratic governments to implement financial adjustment policies quite swiftly after the crises of the seventies. Finally, the exigency to master, through configurational analyses, the links between the overall political-institutional arrangements and budgetary institutions emerges. 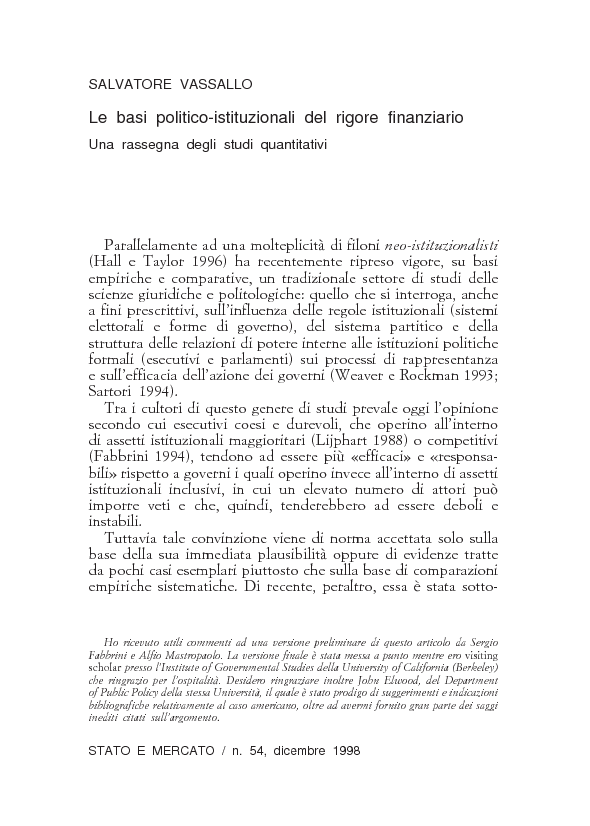