This essay attempts to reconstruct the way in which the Italian Welfare State has changed over time. In the last two decades the transformations in social policies have radically reshaped the pension system, labour market policies, education, health and social care. The four main results of the research are: the specificity of the Italian situation is that, in comparison with many other Western European welfare states, the last two decades have witnessed reforms which have had a mainly retrenchment impact on the overall functioning of the WS; this has been the outcome of cuts in traditional policy fields, unmatched by any real «recalibration»; there is a continuity between the reforms made before and during the crisis; territorial differences in the functioning of the WS have increased over time and increasingly the Italian WS can be seen today as «two worlds», with Southern and Northern models rather than as an integral single institutional feature; among other factors, politics can be seen as one of the main variables explaining the Italian WS trajectory. 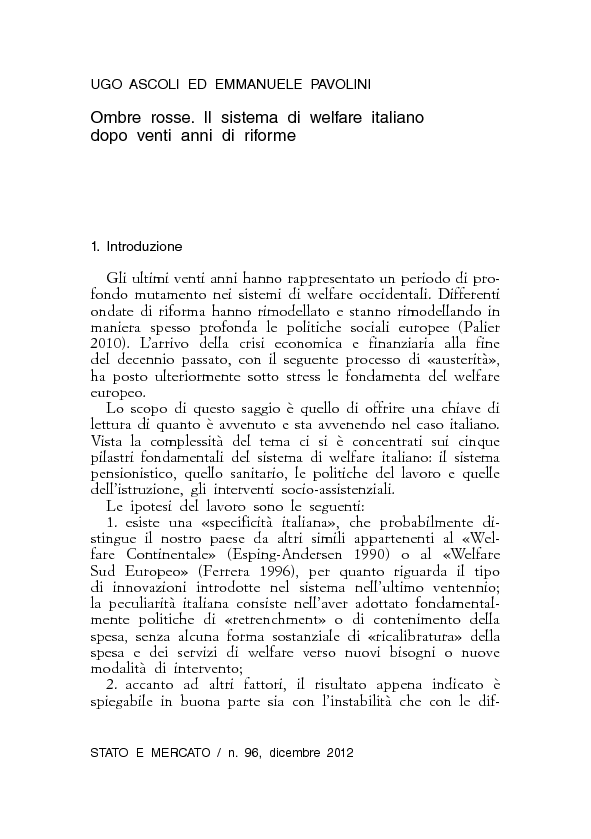