Recent years have seen a decline in many aspects of collective industrial relations in advanced industrial societies. There has been a clear decline in tradeunion membership, and an even bigger decline of employers' associations. Changes in collective bargaining have been more subtle: a slight decline in the coverage of collective agreements and a tendency in several countries (including the UK and more recently Germany) for bargaining at single-employer level. At the same time there is slight, paradoxical, rise in bargaining centralizaton or coordination in some countries. Finally, there is a decline in problems of work in public and political discourse. Some counter-moves against these trends can also be seen: for example, negotiated settlements (sometimes with government participation) for periods of short-time working rather than redundancies as means of managing the current crisis. These moves and the survival of bargaining coverage can be largely explained in terms of employers' continuing dependence on skilled, stable workforces. However, part of the price of this has often been a growth in the number of temporary workers. This exacerbates a gulf between traditional institutions and new generations of workers, already created by a preference among the young for looser, more flexible forms of organization than the bureaucratic structures typical of historical labour movements. 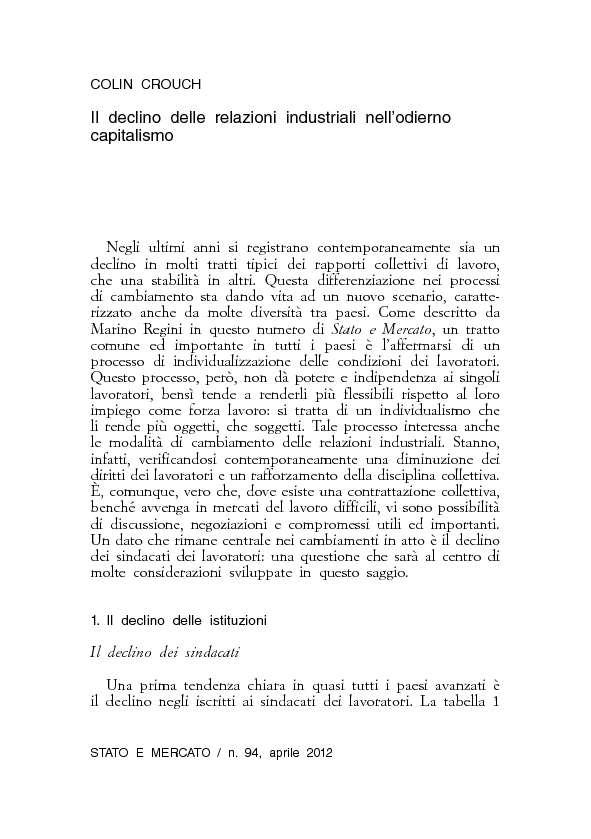