The marginalist paradigm, on which mainstream economic theory is based, rests on the assumption that the value of a good coincides with its market price. With her book “The Value of Everythingµ, Mariana Mazzucato offers an empirical review of the forms of production in the global economy and refers to classical economists, such as Smith, Ricardo and Marx to bring the issue of value back at the centre of the debate. The theory of value of the classical economists draws a fundamental distinction between wages, profits and rent and raises the question of the functional distribution of income between these three forms of remuneration. Mihályi and Szelényi’s work (“Rent-Seekersµ, “Profitsµ, “Wages and Inequalityµ) addresses precisely this problem. They propose that, by shifting attention from the top 1% (or 0.1%) of the income distribution to the 20% of the richest, several forms of rent appear even today as a major cause of inequality. Franzini and Raitano (“Il mercato rende disuguali?µ) investigate the functional distribution of income focusing on Italy. 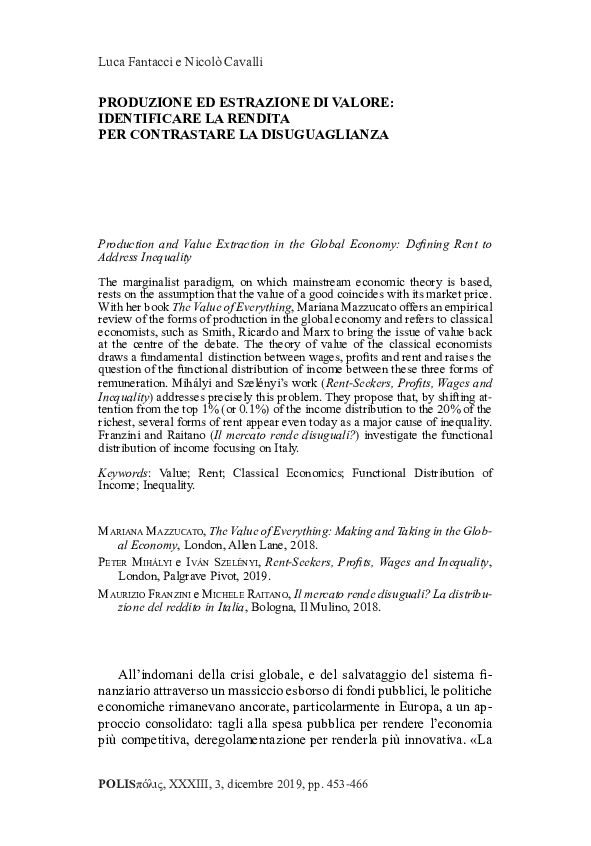