Spoken exchanges between members of Cosa nostra are governed by the twofold restriction of the law of silence toward the world outside and the obligation of speaking the truth inside. To this purpose, Mafia's language obeys a semantic obliqueness which provides speakers with a margin of freedom by preserving the unpredictability of their intentions, which led Tommaso Buscetta to qualify Cosa nostra as «the realm of incomplete speech». Mafia order is based on the practise of "malentendu doublement bien entendu", in the meaning of Jankélévitch, which includes not only a fake relationship but also a fake situation, maintaining mutual knowledge of deception thereby permitting an infinite, dialectic game. This game, and its unspoken side (involving political affairs and crimes), are here explored during a judicial confrontation between Gaspare Spatuzza, a former man of honour who became a state witness and Filippo Graviano, who was, with his brother, the "capomandamento" of Spatuzza's same «family». 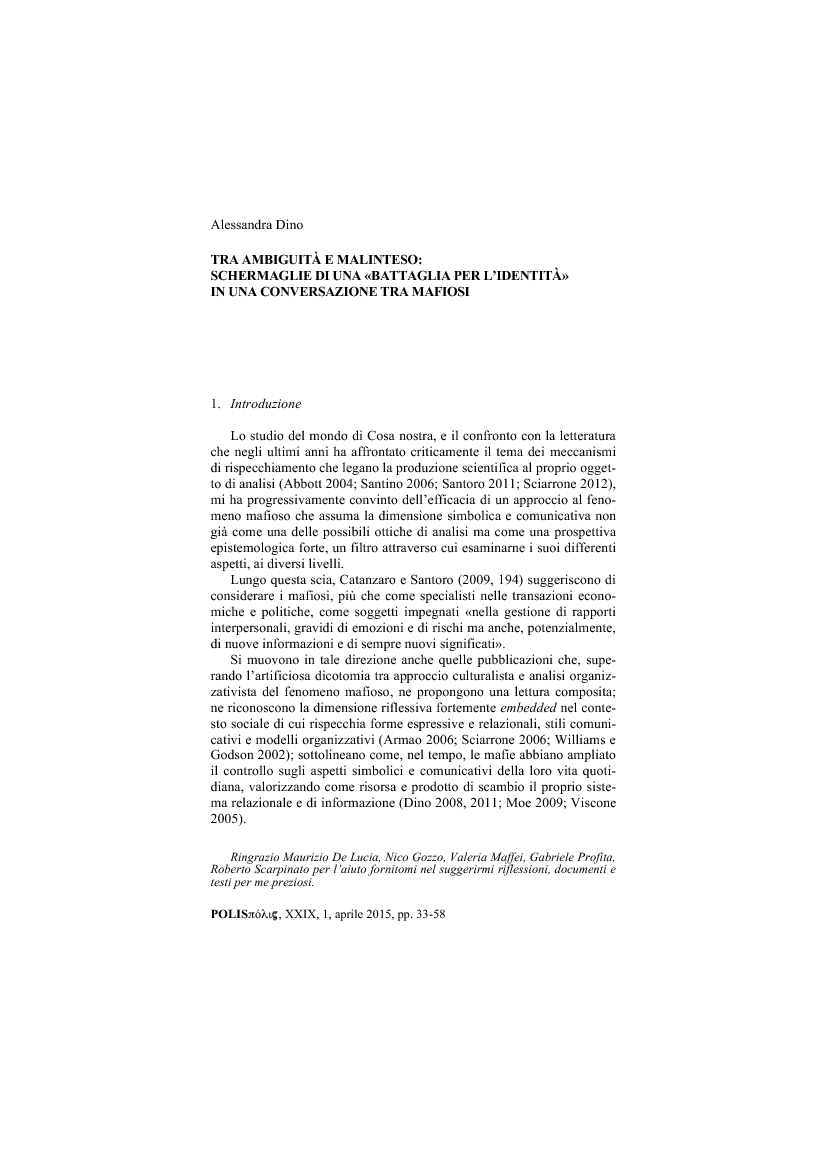