Although family ties are very important to understand political socialization, few studies have focused on the transmission of political and social participation from parents to children. By using the Multiscopo survey "Aspetti della vita quotidiana" (Istat), this article investigates the association between parents and children's political and social participation, with particular attention to gender and regional differences. Multilevel models indicate, first of all, the presence of regional differences in the levels of participation and, secondly, a strong tendency of intrafamiliar political and social "co-participation". In other words, sons and daughters have higher probabilities of being politically and socially active when both parents are active as well, regardless of their region of residence. Moreover, analyzing the children's behavior compared to their mothers and fathers' separately we find that mothers' participation has a stronger effect than fathers'. This difference in the effect of parents' participation is indeed small, yet geographically homogeneous. Put differently, having a politically and socially active mother increases the probability of children's participation more than having a politically and socially active father in all Italian regions. This result is particularly interesting in the Italian context where mothers are largely absent in the public sphere while they play a very important role within households. 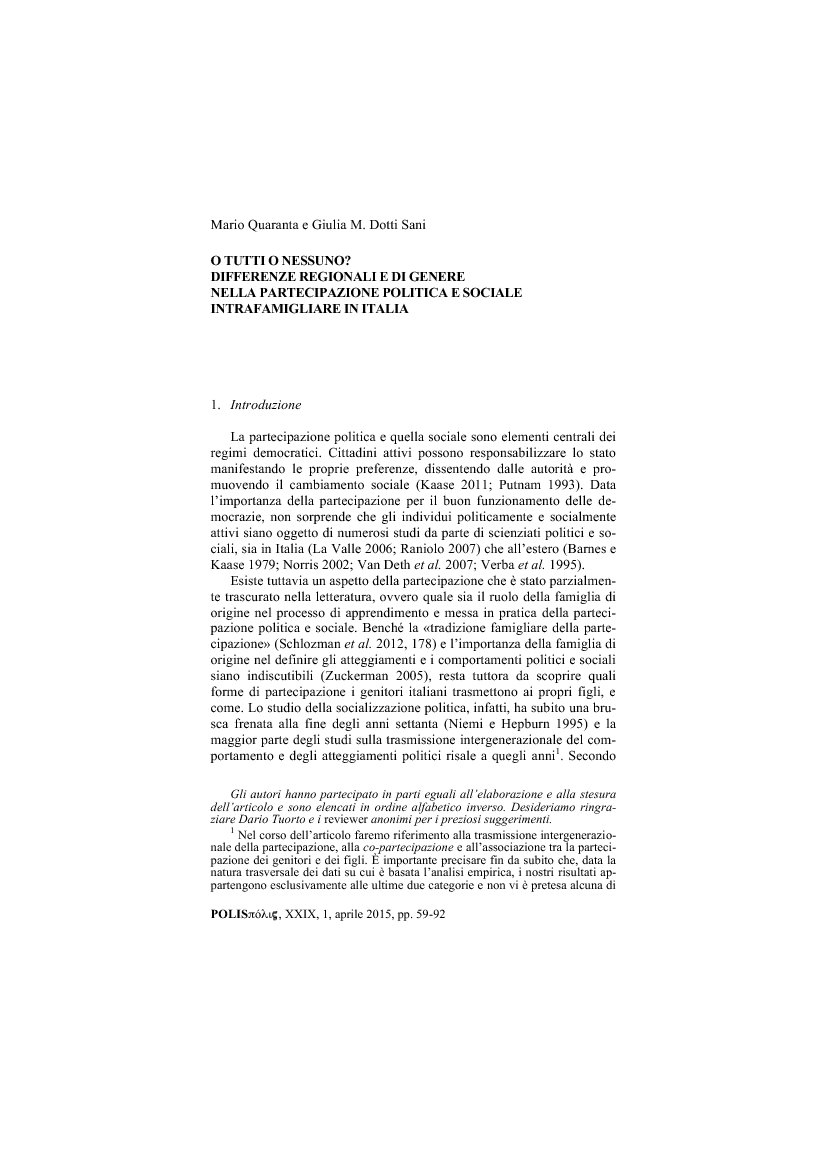