This essay analyses public discourse in the Italian media sphere across the period 1993-2013, in particular it asks which are the factors contributing to public visibility of the innovation issue in mainstream newspapers, by discussing connections between an internal side of innovation, featuring network building and a trilateral work of boundary organisations, and the external discourse of innovation, its most visible side; by looking at these two elements of innovation within a proposed gate of resonance model, results of quantitative and qualitative analysis of the press discourse are discussed; conclusions point to the fact that innovation becomes visible on the media and thus passes its gate of resonance because a linkage to other relevant public issues has been created, such as the discourse on the web and renewable energy. Our findings then show that the public side of innovation, while is featuring as relevant actors the state, private companies, and research institutions within the technology transfer paradigm - and in so doing is recalling the structure of the trilateral work model - is at the same time centred on the ambivalence between promises of a described bright and wealthy future, and the comparison with recognised limits of the structural context, i.e. bureaucracy and low investments. 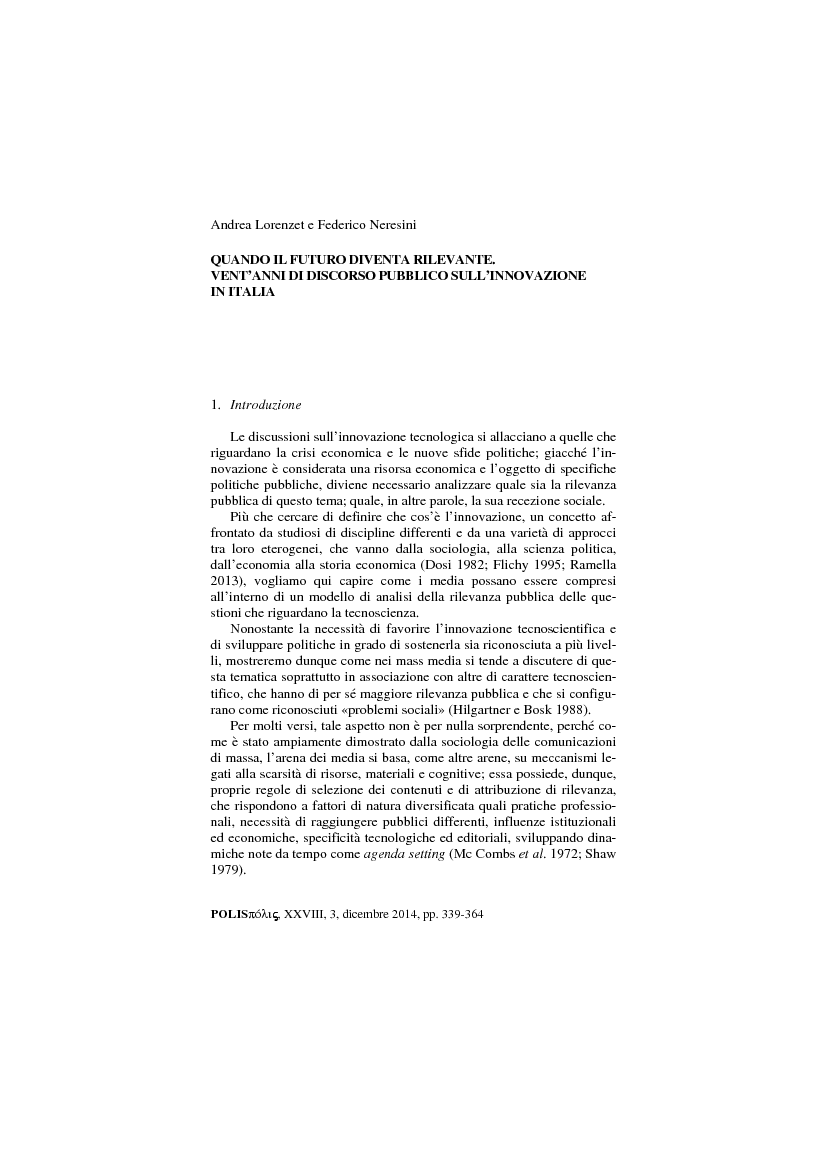