This article focuses on the relationship between linguistic cleavages and support for ethnonationalism. The «primordialist» approach is here rejected in favour of Brubaker's suggestion to study «ethnicity without groups» and to consider ethnicity and nationhood as ways of perceiving, interpreting and representing the social world rather than «things» in the world. Then, referring to Pizzorno's theoretical view, it is argued that individual support for ethnonational political claims is a means for affirming or preserving local identity. Data analysis has two distinctive aims: to show that the relationship between native language and ethnonationalism is indirect, mediated by territorial identity; to investigate the political consequences of different social meanings related to regional language (ethnic, national, subcultural). The hypothesis is tested in a specific case: the Friulan linguistic minority in Friuli-Venezia Giulia. Empirical data are drawn from a survey in Friuli-Venezia Giulia conducted in September 2008 (European Program Interreg IIIA Italy- Slovenia 2000-2006). Statistical analysis reveals that considering regional language as a «marker» of national (rather than ethnic or subcultural) community has a positive effect on claiming regional political autonomy and recognition. 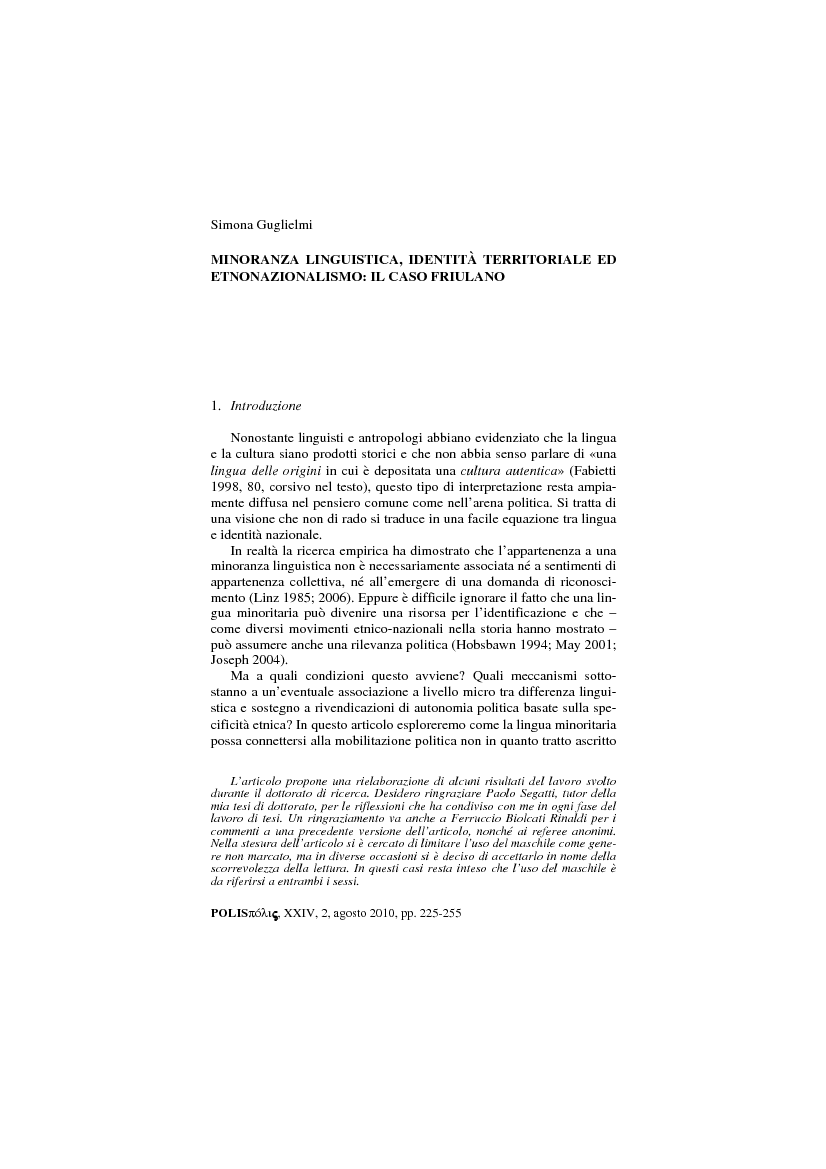