Since 2005 primary elections have become an intriguing theme of discussion in Italy and, above all, an interesting topic for many political scientists. This research deals with this specific topic from an innovative and original point of view. Specifically, this article addresses the role played by party elites during the period called «invisible primary». The authors use several methods of data analysis: surveys, network analysis, content analysis. Furthermore, the two cases of municipal primaries selected (Bologna 2008 and Florence 2009) allow to generate relevant hypotheses about the consequences of this particular method of candidate selection within and outside political parties. Many scholars consider primaries as a threat for the survival of the political parties, whereas others feel that primaries are a panacea for every kind of crisis experienced by these organizations. The article assumes a more realistic perspective: primary elections may differ in many respects, they may be more or less «controlled» by party leaders, and, finally, they may be more or less competitive. Different primaries, differently regulated, produce different winning candidates and stimulate the mobilization of different voters: this is the main finding of the article. 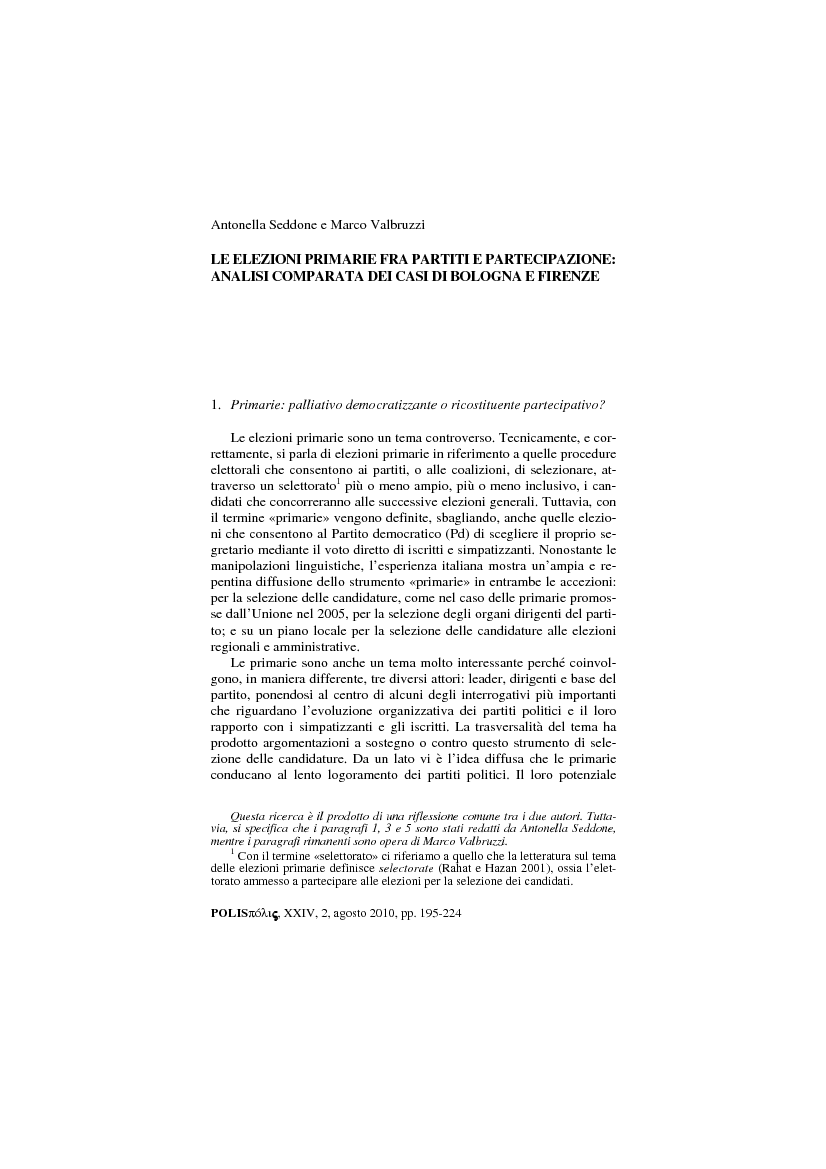